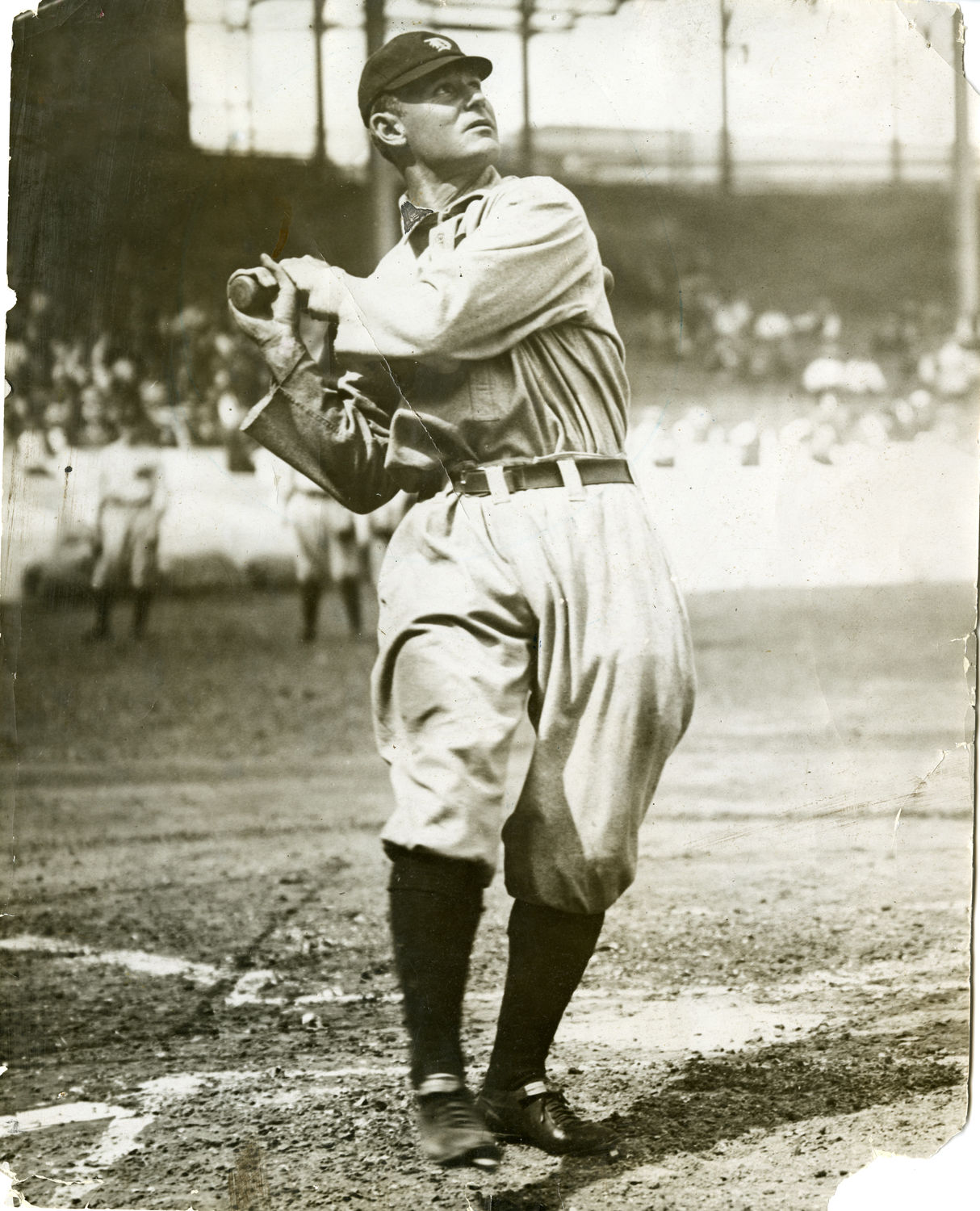 Today, I am presenting the list of top ten right fielders in Tigers history.  Other installments in this series can be found at the following links.

I will start by looking at the Baseball-Reference.com Wins Above Replacement (WAR) leader board for Tigers right fielders:

We can see that right field has been a strong position for the Tigers with three Hall of Famers – Al Kaline, Harry Heilmann  and Sam Crawford – at the top of the list.  Kaline, a lifetime Tiger whose career spanned 22 years, has a 25 win lead over Heilmann with Crawford a close third.

To get information about offense only, we can use Adjusted Batting Runs (ABR) described in the link for first basemen above:

By this measure, Heilmann was the most productive offensively.  Kaline is just seven runs behind, but he had over 3,000 plate appearances.  Crawford is a distant third, but still among the top five Tigers ever which says a lot about the strength of the position.

Martinez and Champ Summers move up near the top of this list.  Summers doesn’t qualify because he was only a regular for one season, but I wanted to mention him because he was a personal favorite.

Al Kaline joined the Tigers straight out of high school in 1953 at age 18 and has been with the organization in some capacity for seven decades or more than half the team’s existence. He led the league in batting (.340) and accumulated 8.2 WAR at the age of 20 in 1955 and appeared headed for super-stardom.  That turned out to be arguably his best season, but he was really good at every facet of the game for a long time with 2+ WAR for 18 consecutive years.  Mr Tiger finished in the top 10 in WAR 11 times and in MVP voting 9 times.

2. Harry Heilmann (1914-1929  68 WAR  513 ABR 149 OPS+)
In 1913, according to Baseball: The Biographical Encyclopedia by David Pietrusza, et al, Harry Heilmann was a 19-year-old bookkeeper for a San Francisco biscuit company.  On the way home from work one day, he ran into a friend who asked him to fill in for a sick player on a local semi-pro team.  A scout for the Class B Northwestern League’s Portland Colts was in the crowd that day and signed Heilmann to a professional contract (with a bonus of a spaghetti dinner) two days later.  At the end of the season, Detroit purchased his contract and he was on his way to a Hall of Fame career.  Like Kaline, Harry was a long-time Tiger as a player and broadcaster staying with the organization through 1950.  Slug was slow in the field and on the bases, but he was a gifted hitter batting .342 with a 148 OPS+ lifetime.  He had an incredible stretch from 1921-1927 batting .380 with a 167 OPS+ including four batting titles (all in odd numbered years):
1921 .394
1923 .403
1925 .393
1927 .398

In the early 19th Century’s Dead Ball era, triples which were far more common than home runs and were considered an indicator of power hitting.  Sam Crawford led the league in triples six times including totals of 26, 25, 23 and 22.  As a slugger, Wahoo Sam played in the wrong era and Bill James estimated in the Bill James Historical Baseball Abstract that he would have hit 494 home runs had a played 20 years later.  Crawford was also a fine athlete with great speed and a strong arm and I suspect WAR might be underestimating his base running and defense.  I was tempted to place him second ahead of the one dimensional Heilmann, but Harry had a little too much of an edge offensively which is the one thing we can accurately measure.  Crawford could certainly hit though posting an OPS+ of 150 or better seven times as a Tiger.

Manager Sparky Anderson said in his book Bless You Boys “When he walks through that clubhouse door, everyone knows he’s there.  There’s just that something about a player like Gibson..He’s a man.  He comes to play day after day.”  Gibson was a tremendous athlete who was an All American wide receiver at Michigan State prior to signing with the Tigers and often played the game like a football player.  Gibby certainly had a flair for the dramatic whether it be bowling over an umpire, a catcher and almost another base runner all on the same play or hitting his second most famous home run off Goose Goosage in the final game of the 1984 World Series.  From 1984-1987, Gibson averaged 4.6 WAR and a 137 OPS+.  He was also post-season hero in 1984 winning the playoff MVP and continuing to hit during the World Series.

Jim Northrup was never a star but was a steady performer both offensively and defensively in his 11 years as a Tiger.  During his prime years 1966-1969, Northrup averaged 4.1 WAR and a 125 OPS+.  Like several Tigers, the Michigan native had his best season in 1968 accumulating 5.9 WAR and posting a 129 OPS+.  Northrup was famous for grand slams in 1968 hitting two in one game versus the Indians in June as well as one in the World Series.

Signed as a free agent in February, 2005, Magglio Ordonez became a fan favorite for his batting and for his long hair which was somewhat of a rarity for Tigers stars over the years.  His walk-off blast versus the Oakland Athletics in the 2006 American League Championship Series to give the Tigers their first pennant in 22 years was the second most memorable hit in Tigers history.  Number one (even though most of you were not around to remember it) was Goose Goslin’s walk-off single  which secured the Tigers first world championship in 1935. Magglio’s fantastic 2017 season was one of the Tigers five best seasons in the past 50 years.  He batted .363/.434/.595 with a 166 OPS+ and 7.3 WAR that year.

Vic Wertz is probably best known as the Cleveland Indians batter who hit the long fly ball resulting in Willie Mays’ famous catch and throw in game one of the 1954 World Series.  Nothing that memorable happened during his nine years with the Tigers, but did have some good seasons at the plate and in the field.  He finished in the American League top ten in both WAR and OPS+ in both 1950 and 1951.


Roy Cullenbine drew a walk in 17.8% of his plate appearances throughout his career which puts him seventh on the MLB all-time list (Fangraphs.com).  In his career with the Tigers, his percentage (19.1%) was even better which contributed to a .412 OBP.  In his final three seasons, all with the Tigers, the switch-hitting Cullenbine had 5.4, 5.0 and 4.3 WAR.