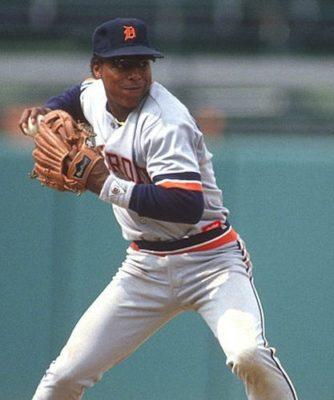 Hopefully, this is the last “Lou Whitaker should be in the Hall of Fame” post you will ever see.  Tomorrow, the Tigers long-time second baseman will get another shot at the Hall of Fame when the Modern Baseball Era Committee selects among nine players and influential Major League Baseball Players Association head Marvin Miller for induction in 2020.

A common argument for Hall of Fame worthiness is that player X is in the Hall of Fame and player Y was better than player X, so player Y should be there too.  For example Harold Baines was voted in last year, so Whitaker should make it this year.  The problem with that is that Baines was a mistake and if you use him as the bar, then you could make a case for hundreds of players. Baines was a good hitter for a long-time and by all accounts a respected teammate, but there is no reasonable argument you can make for his inclusion in he Hall of Fame.  So, it’s not a good argument to say that your guy is better than Baines.  Occasionally the various Hall of Fame committees make poor judgments and we just have to accept their errors and move on.

Suppose, however, we can show that Whitaker was better than not just Baines or not just one or two second basemen, but was as good or better than half the second basemen in the Hall of Fame.  That would give us a much stronger case.  There are currently 20 second sackers enshrined in the Cooperstown museum.  If we include Whitaker that makes 21.  The table below shows how he ranks on that list on some important statistics.

Whitaker ranks 7th on the increasingly popular Wins Above Replacement (WAR) statistic with 75 WAR placing him behind only Rogers Hornsby, Eddie Collins, Nap Lajoie, Joe Morgan, Rod Carew, and Charlie Gehringer  Nobody would argue that Lou was better than the great Jackie Robinson who played his career under extraordinary circumstances and didn’t play in the majors until the age of 28.  Robinson is on a very short list of the most influential Hall of Famers ever.  But if we make Whitaker number eight instead of seven, that is still a strong statement of his Hall of Fame worthiness.

The knock on Whitaker has been that he was very good for a long time, but never had a great season.  The career versus peak question has always been an important consideration, so Hall of Fame historian Jay Jaffe calculated the total WAR for a player’s seven best seasons in terms of WAR as a measure of peak performance (WAR7 in the table).  Whitaker had 38 WAR7 which ranks 13th.  Thirteenth is not as good as 7th or 8th, but it was still better than eight Hall of Fame second basemen which is a lot.

To get a balance between career and peak, Jaffe then took the average of WAR and WAR7 to get JAWS.  Whitaker had 57 JAWS which puts him in 11th place which is the median (equal numbers of players above and below him) for the position.  Based on this, Whitaker looks like your average Hall of Fame second baseman.

If we just consider offense, Sweet Lou’s 117 OPS+ was 10th best.  Whitaker also ranked more or less in the middle of the pack on several more traditional statistics:

So, Whitaker was not in the elite class of players like Rogers Hornsby, Eddie Collins, Nap Lajoie, Joe , Morgan and Jackie Robinson.  However, he was objectively better than Bill Mazeroski, Red Schoendienst, Johnny Evers, Nellie Fox, Tony Lazzeri, Bid McPhee and Billy Herman.  That is true whether you consider career or peak value.  Depending on whether you put more weight on career or peak, you can also make a case that he was better than a few others.

No matter how you slice it, Whitaker was solidly in the middle of the pack among Hall of Famers at his position.  He deserves induction and if a group of voters does the right thing tomorrow, I will never have to tell you that again.