Detroit — In this year of 2020, where every day seemingly brings one heartbreaking headline after another, the Tigers actually have provided a welcome distraction.

They entered this shortened baseball season as a total afterthought, having lost 310 games and having drafted first overall twice in the past three years. Their 2020 over-under was 21.5 wins.

And, yet, here they are, in early September, at 17-17 and, thanks to Major League Baseball’s one-year expansion of the postseason field, just one game out of the American League’s second wild card. 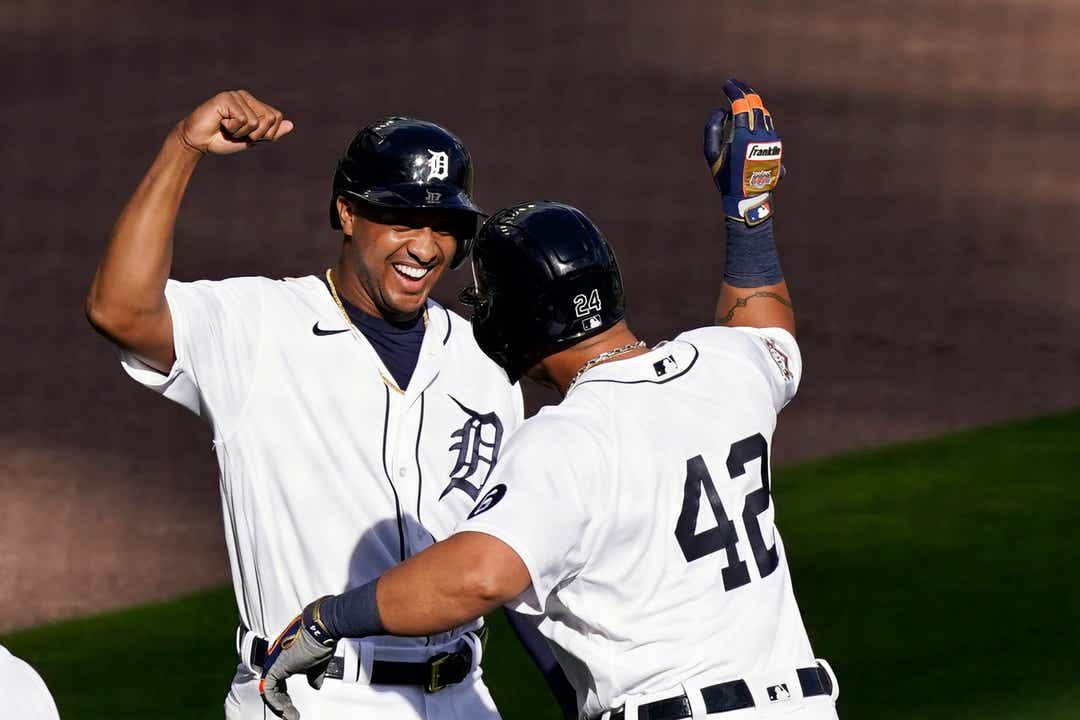 “Everyone started paying attention,” Bob Uecker, the legendary Milwaukee Brewers broadcaster, said on the air Wednesday night, a day after the Tigers banged out 12 runs on 14 hits in winning their sixth straight.

It’s true. The Tigers are starting to get noticed a little bit around the league, especially after they swept the American League Central Division-rival Minnesota Twins at Comerica Park last weekend.

But, and this barely needs declaring, this isn’t the year.

It’s unlikely the Tigers make the playoffs. They’re not going to finish better than fourth in their division, and they’re nowhere near as good as the Toronto Blue Jays, the team they’re chasing for the second wild card. Even in a 60-game season, water should find its level — and with Detroit, the waves could come crashing down this weekend, with a five-game, wraparound series with the Twins.

And that’s OK. Tigers fans should take 2020 for what it is — a fun little story, and, more importantly, a sign the rebuild, whether you believe it’s been properly executed (and a lot of you don’t), is nearing its conclusion.

The Tigers are in line to be competitive in 2021, and legitimate contenders in 2022, so long as Christopher Ilitch, the team’s owner regardless if he declines to carry that title, puts his money where his Crazy Bread is.

In many ways, what’s happening in Detroit is similar to where the Tigers were in 2005. They finished the season 71-91, so you might’ve forgotten. For a while, they weren’t all bad.

They never seriously contended that year, but you started to see glimpses of what was to come. They added a guy named Placido Polanco, in a shrewd trade for eventual convicted attempted-murderer Ugueth Urbina. A guy named Carlos Guillen was starting to come into his own. Young pitchers Nate Robertson and Jeremy Bonderman were on the scene. So too, come September, was Justin Verladner. The bullpen featured Fernando Rodney and Jamie Walker. Curtis Granderson was a star in the making. Craig Monroe and Brandon Inge could play and hit bombs. 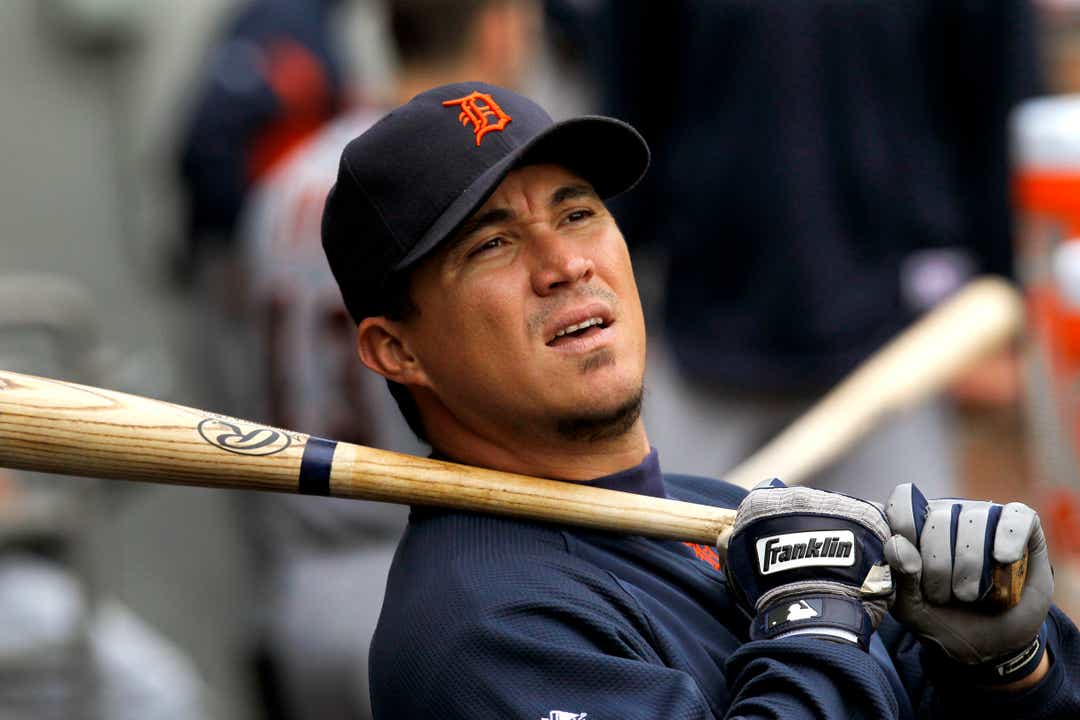 And there were stars, too, in Magglio Ordonez and Pudge Rodriguez.

Interestingly, 2006 marked the fifth full season since that latest Tigers’ rebuild, under new general manager Dave Dombrowski, who took full control of the operation in November 2001.

Next season just so happens to mark the fifth season since this latest Tigers’ rebuild began in earnest, with the summer 2017 trades of Justin Verlander, J.D. Martinez, Justin Upton, Alex Avila and Justin Wilson.

That’s not to say next year will be the year. It’s just to say, the timing suggests that year is fast approaching.

“We want to get a nucleus of players to make that core,” said Tigers general manager Al Avila, “and then we can add on top of that from outside the organization.

“We’re still in that process.”

That’s why the Tigers let the Aug. 31 trade deadline pass without any moves of substance. If the move was there, they would’ve added a big piece who could’ve helped for years to come, but that move apparently wasn’t there — and there was no sense paying sticker price for a rental. Because, again, this isn’t the year.

The time to shop, then, should come in the offseason, when the Tigers will have a better idea of what exactly that nucleus entails. Here’s what we know: The rotation includes Matthew Boyd, Spencer Turnbull, Casey Mize, Tarik Skubal and Michael Fulmer. The offense keepers include Miguel Cabrera, Jeimer Candelario, Niko Goodrum, JaCoby Jones, and probably Isaac Parades, Victor Reyes and Willi Castro. The bullpen mainstays look like Gregory Soto, Daniel Norris, Jose Cisnero and maybe Buck Farmer and Tyler Alexander.

The Tigers, this week, were ranked the No. 2 farm system by MLB Pipeline. Even ahead of the 2006 season, Baseball America only ranked the Tigers 13th in its organizational talent rankings.

So, if you’re Avila, you start there and figure out who’s locked in — and then go shopping. The best teams in recent baseball history — including the Tigers teams that made the playoffs five times from 2006-14 — have had a strong core of homegrown talent, and supplemented it with impact trades and free-agent signings.

“It’s a combination of all those efforts,” said Avila, “that creates a winning team.”

A perfect current-day example: the San Diego Padres, who’ve been rebuilding for a decade, but now seem to be ready to emerge. So, late last month, their general manager, A.J. Preller, made a flurry of big trades, following a big offseason, to signal their time is now.

The Tigers just aren’t there yet. But they should be soon. If …

This is where Ilitch comes in.

He’s long been heavily involved in the Tigers’ front office, but he officially took charge following the death of his father, Mike, in February 2017. That was the year the Tigers knew they were going to have to painfully rebuild, a year after Mike took one more shot, signing Upton and Jordan Zimmermann.

Ilitch has met with reporters sporadically over the years, and at least once a year in spring training, to say all the right things. He said they were on the right track. He gave Avila an extension last summer (though he didn’t specify the years, nor did Ilitch grace the press, leaving Avila to awkwardly announce his own contract). 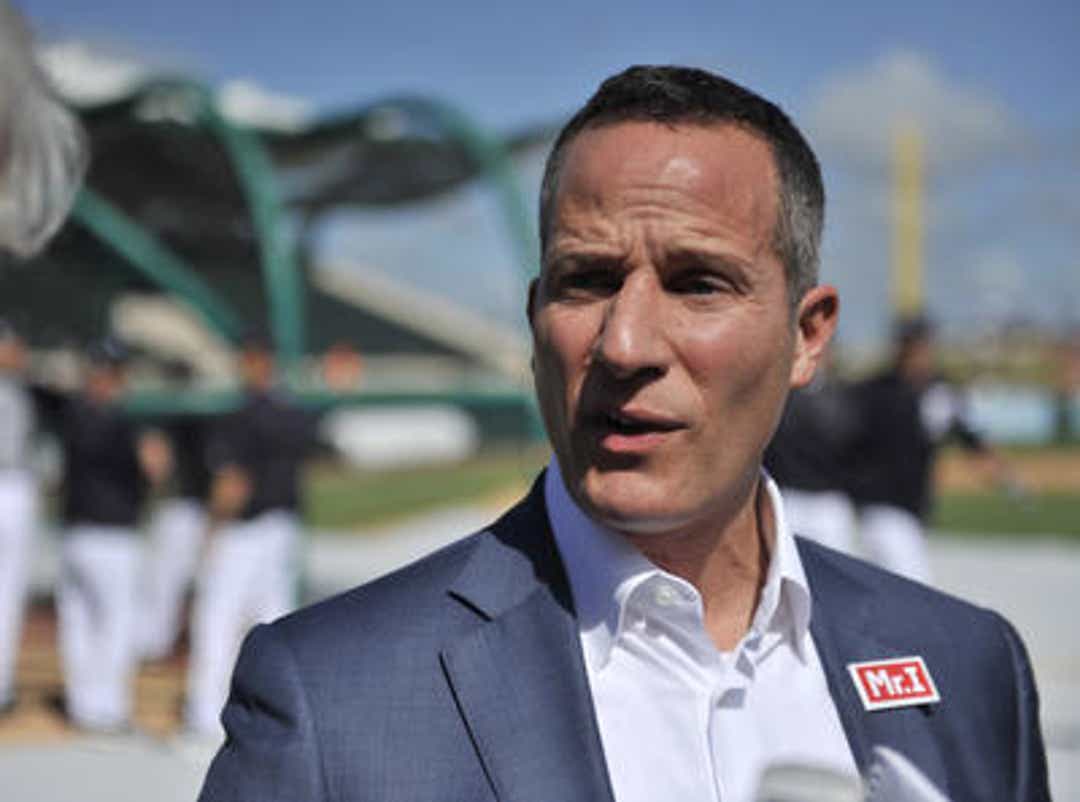 And — this was most significant — he said he would spend when the time was right.

We’re about to find out if he was telling the truth.

People have often asked me what I think of Avila and Ilitch. Avila, I believe, hasn’t lived up to his billing. The prospect hauls he traded for have proven to be light, and while he’s probably drafted well at the top of the draft, with two No. 1 overall picks in three years, that’s not exactly an amazing accomplishment.

Ilitch is trickier to dissect, because we simply have no evidence to point to, at least in terms of baseball. The Tigers have been bad since he took over on a day-to-day basis, so we don’t know what kind of owner he’s going to be when the Tigers are ready to contend. (Outside of baseball, we would be silly not to at least consider all of Ilitch’s broken promises with District Detroit.)

The time for proper analysis, though, is fast approaching.

His profit margin was great with pizza, not so with baseball.

But Tigers fans — who with their wallets have packed Comerica Park four times to the tune of more than 3 million in attendance, but also have gone as low as 1.368 million — will demand at least some commitment, and Ilitch and Avila will have the payroll flexibility (only Cabrera is under contract beyond this season), as well as their pick of top-tier free agents this offseason, like outfielder George Springer, homegrown infielder DJ LeMahieu, catcher J.T. Realmuto, shortstops Marcus Semien and Didi Gregorius and starters Trevor Bauer and Marcus Stroman, among others. And then they’ll be able to dive into the 2022 free-agent pool, too. Remember, the 2006 Tigers were built on the strength of multiple offseasons.

Ilitch also will have the option to hire a new manager, just as Dombrowski did after the 2005 season, swapping Alan Trammell for Jim Leyland. Ron Gardenhire’s contract is up after this season.

For today, though, this season, this bizarre 60-game season, plays on — and the Tigers, against all odds, are giving us a reason to watch. This 2020 been a punk, to be sure, but there’s one silver lining.

“The team is united, we’re all together,” Reyes said. “We want to win.”

►Boyd, Tigers: The Twins saw the best of Boyd six days ago. He limited them to one earned run and four hits over six innings. He struck out six and his effective sequencing of all five of his pitches kept the potent Twins lineup off-balance.

►Dobnak, Twins: Conversely, the Tigers did not see the best of Dobnak, a USPBL alum, six days ago. His typical pin-point control was off. He walked two and fell behind a lot of hitters. The Tigers tagged him for six runs and 12 hits in 4.1 innings.