Detroit Tigers manager Ron Gardenhire has guided several teams toward the playoffs. But nothing compares to this.

The Tigers are making a surprising push for the postseason, but it’s happening in a nearly silent bubble because of the coronavirus pandemic. There is no buzz in the stadiums, just pumped-in crowd noise.

In this age of Zoom calls, working from home and social distancing, the excitement is building on social media platforms and can be seen in increased TV ratings. Viewership of Tigers games on Fox Sports Detroit has increased 61% this season compared to 2019.

Which isn’t exactly surprising: the Tigers stunk in 2019.

“We know the fans are watching,” Gardenhire said. “We know that they care. But the hard part about this whole deal is there’s no fans in the stands. You don’t get to hear it and you don’t get to feel it and it’s quiet.”

FOR SUBSCRIBERS: Can Tigers really make postseason? Here’s our prediction 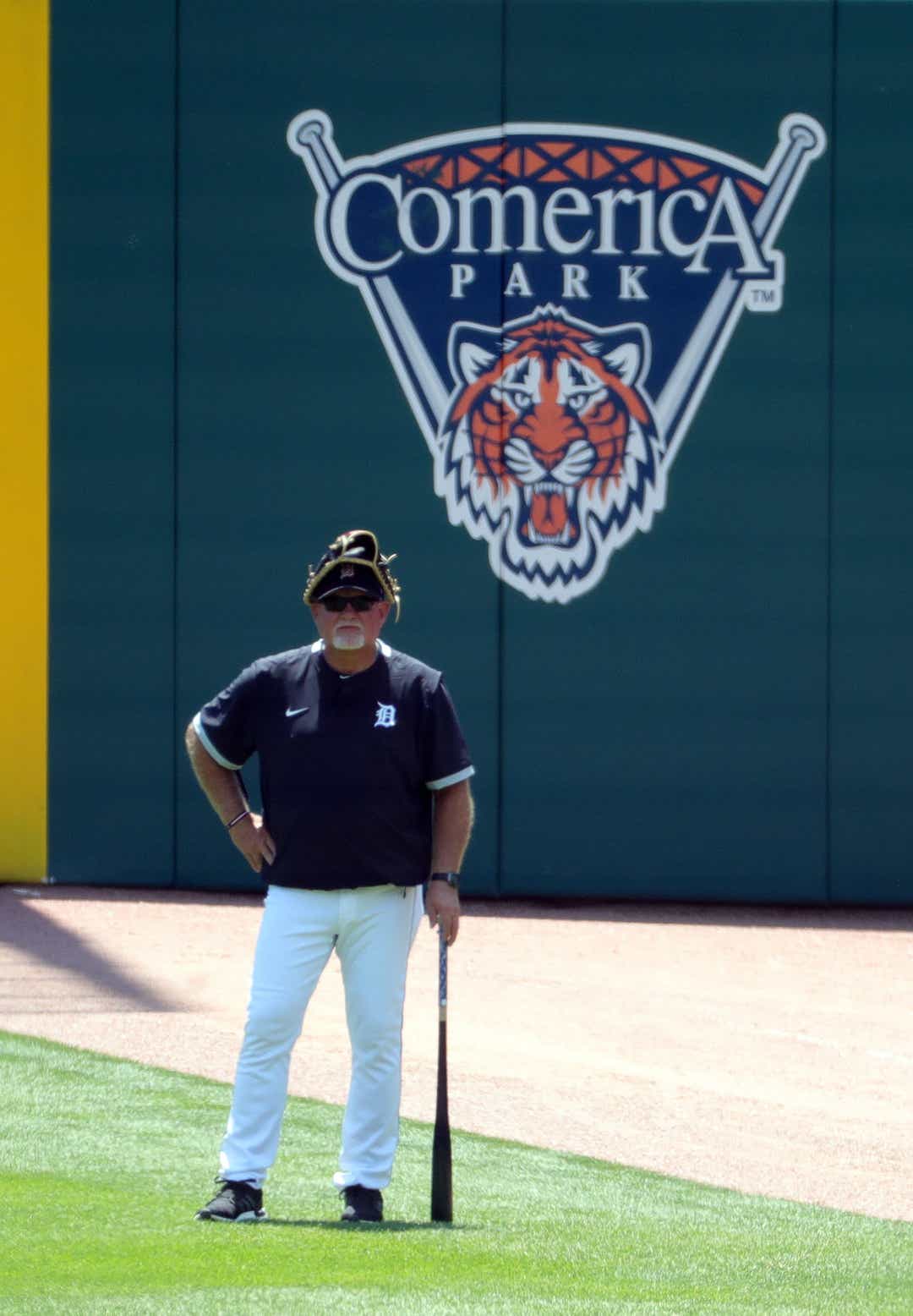 The Tigers are 17-17 and have a legitimate shot at the playoffs, which have been expanded to 16 teams in this shortened, 60-game sprint. Finishing with a .500 record should give them a shot at a wildcard berth.

This is the first time the Tigers will play meaningful games in September since 2016.

Finally, there is reason to pay attention to the Tigers. But in this strange year, we have been left with a socially distanced playoff push.

Just being in this position is surprising, considering the Tigers were 40-97 last year on Sept. 3 on the way to the worst record in baseball.

So this is uncharted territory for the fans, forced to follow from afar.

And it’s new territory for this young team that has suffered through some awful seasons over the past few years.

“We have to stay present,” Boyd said. “When you sit down and you look at Mount Everest, you go ‘that’s a big stinking mountain to climb.’ But then you start walking and you say, ‘Man, I just got to do it a step at a time.’ ”

Which brings up that age-old question: If a team gets to the playoffs in a short season, and nobody is there to see it in person, does it count? Does it require an asterisk in such a small season, if one three-game losing streak could end everything?

It’s fun to watch while it lasts.

Gardenhire began to think the Tigers had a chance to win some games and be relevant after the organization added four key free agents: C.J. Cron, Jonathan Schoop, Cameron Maybin and Austin Romine. 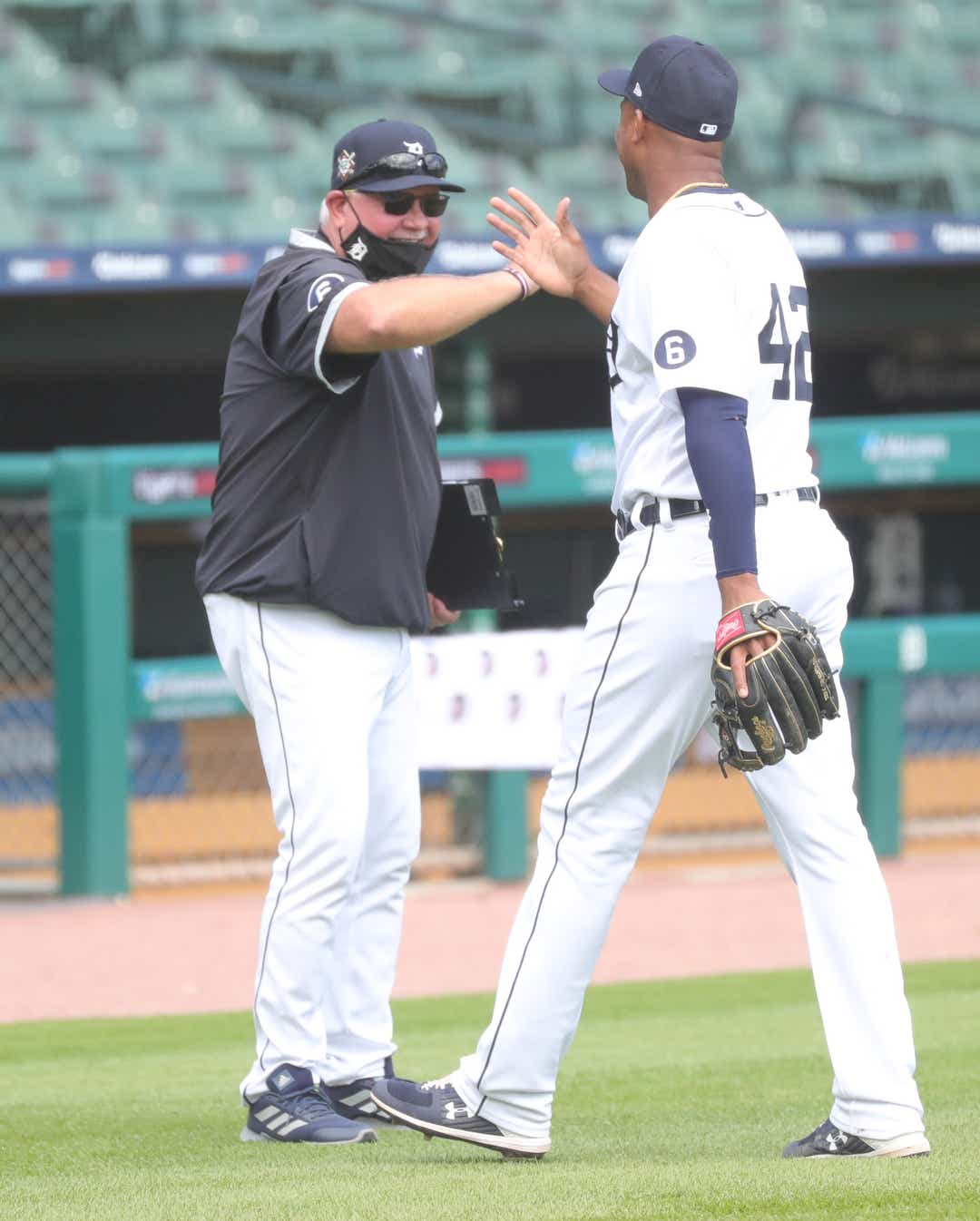 “We were like, this has a chance to be fun if we can pitch and catch the ball,” Gardenhire said.

But when Cron was lost to a knee injury, the Tigers went into a tailspin. Cron had been a key cog behind the scenes; he kept people loose and players fed off his energy.

“When he went down there was definitely a presence that we lost,” Gardenhire said. “When he wasn’t around, it really hurt our ball club. There’s no doubt about it, and we had to regroup from there.”

The Tigers lost nine straight games. But a team meeting cleared the air, and this team has won seven of its last 10 entering Friday’s doubleheader against the Minnesota Twins.

“We finally got out of that funk and we’ve had some fun,” Gardenhire said. “It’s been a lot of fun the last 10 days.”

Boyd went through the Tigers’ playoff push in 2016. But they finished 14-14 down the stretch in September and October and finished second in the AL Central with an 86-75 record.

“I remember how close we were 2016,” Boyd said. “And it was like someone taking a knife out of a wound, just the most painful feeling, like, ‘Oh, man, we were that close.’ ” 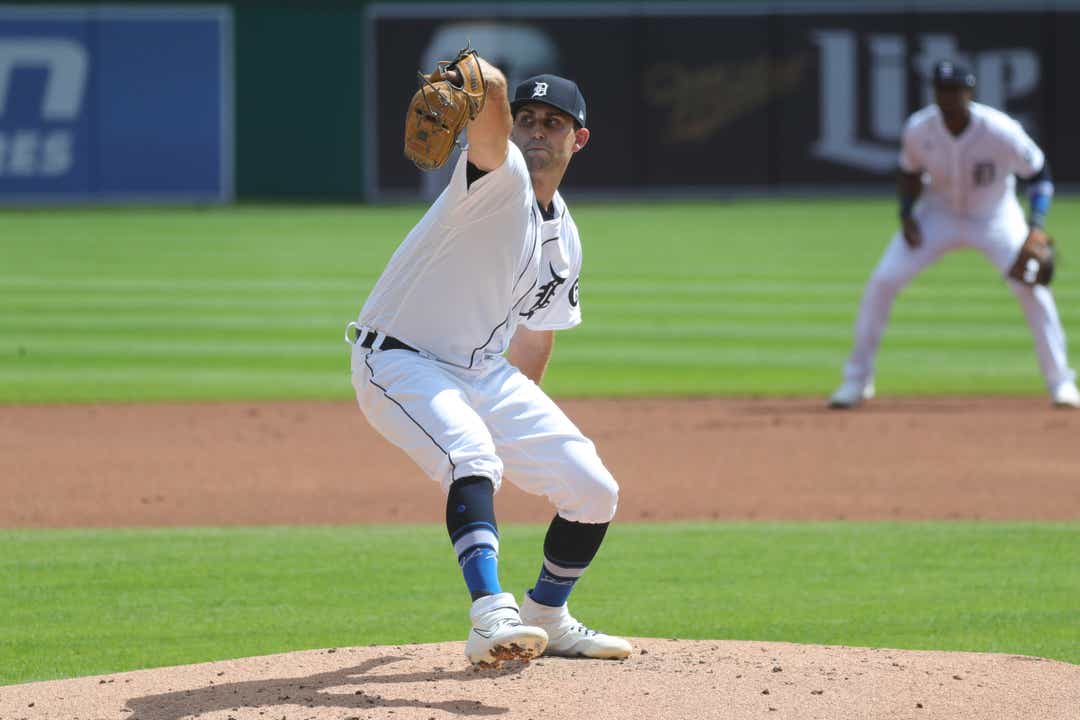 So now, the Tigers are chasing the playoffs with an odd mix of veterans, young players and prospects, some of whom have been moved up because of injuries.

In the big picture, this will only help, as these young players experience meaningful games in September. They can only grow from this.

“We still got a ton of young guys on this baseball team,” Gardenhire said. “You’re gonna grow together. So that’s the fun part of it. We’re on a good stretch right now. But it can get better. Because we have pitching. We’ve got a lot of young talent and that bodes well for the future.”

Gardenhire has had a tremendous influence on this team, just from the culture he has created. But this strange season has left him more exhausted than exhilarated because of the jam-packed schedule.

I asked him if he wanted to manage next year, and he said he hasn’t thought about it or talked about it with the front office.

“This season has been more hard on me than any other,” he said. “My coaches are worn out. But yet, we’re still having fun because we got a good group.”

‘This is very doable’

With 26 games to play, the Tigers have a 20% chance of making the playoffs, according to FanGraphs, the baseball statistics website.

All of this leaves the fans in a strange situation. Instead of sitting in the stands and scoreboard watching, they are watching from their couches and searching for scores on the internet.

Instead of buying playoff tickets, they are watching games in new ways and on new devices. Streaming games is up 44%, according to Fox Sports Detroit. 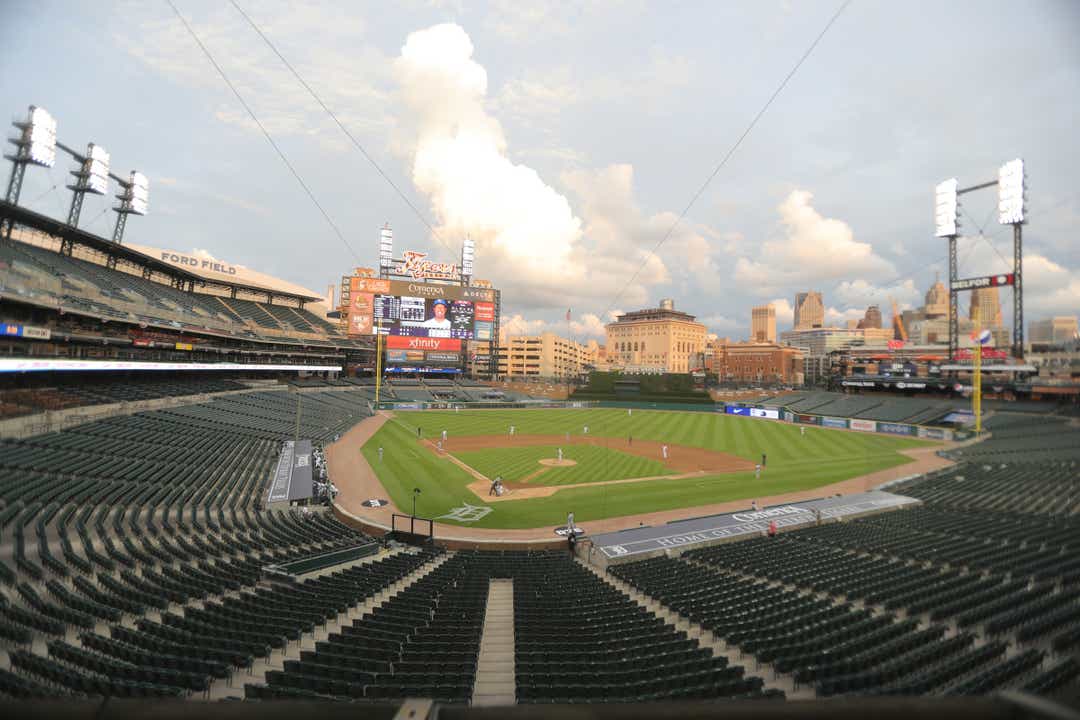 Fans could go to bars to watch the games. Then again, we are told to avoid large groups of people. So the Tigers have tried to drum up support with their “Detroit Roots” campaign, driving fans to its social media channels and the team website. They have “digital scorecards” that can be downloaded and customizable memes to share. And fans can send virtual cheers through the Comerica Park audio system through the MLB Ballpark app.

And, frankly, if anybody has other ideas, I’d like to hear them.

Maybe, the answer is to go buy a massive TV.

OK. Whoops. That note was for my wife.

“It’s still not the same as when the fans are there, the screaming and you get pumped up,” Gardenhire said. “You get the cold chills, you know, when something big happens.”

Everybody is just trying to make the best of a strange situation. The fans on the outside of the bubble, the players on the inside.

And this surprising team believes it can make the playoffs.

“This is very doable,” Boyd said. “You look around our clubhouse. We are a very good team. We have so many pieces and guys that have continued to get better. You know, why not us?”