From an optimistic point of view, the Tigers scored some runs and didn’t give up as many as they did the night before.

But there’s no sugarcoating it: For the second consecutive day, the Tigers were pounded, this time 12-2  in Thursday’s first game of a doubleheader in St. Louis. 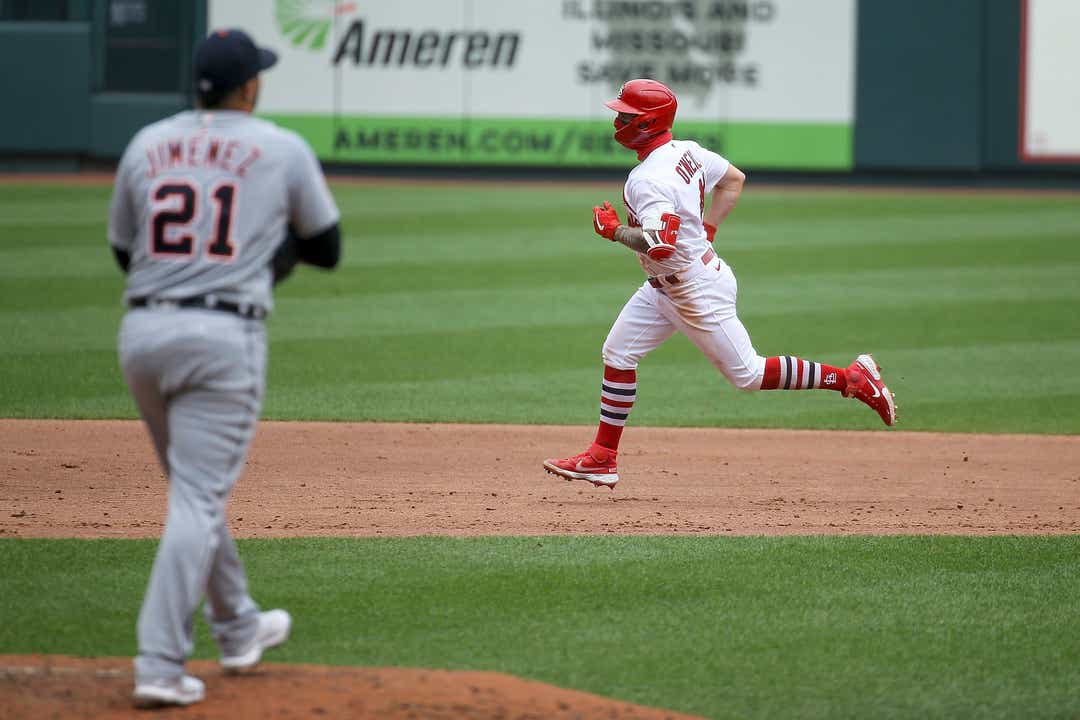 This followed Thursday’s 19-0 loss against Milwaukee, in case you forgot.

Jeimer Candelario produced the lone Tigers’ offensive spark Thursday with a two-run home run in the fourth inning — Candelario is one of the one offensive threats of late — the Tigers trailing 9-0 at the time and having had 31 unanswered runs scored against them.

And if it wasn’t the Cardinals’ offense, pitcher Jack Flaherty was very good, allowing four hits and striking out six over five innings.

The Cardinals broke it open in the third inning, sending 10 hitters to the plate against Tarik Skubal and reliever Joe Jimenez and scoring seven runs — O’Neill and Thomas each hitting their home runs.

But Skubal struggled in his latest start, having difficulty finding the plate.

“I just didn’t command anything real well today,” Skubal said. “I didn’t bring a good rhythm and that’s something I need to do a better job going forward and establish that.

“Lead-off walks are never good, and you always pay for them,” Skubal said. “I don’t like walking guys. I like to throw strikes and put the ball in play. Walks are always frustrating because that’s not who i am.”

Jimenez relieved Skubal and allowed three runs on three hits in ⅔ of an inning, allowing home runs to O’Neill and Thomas.