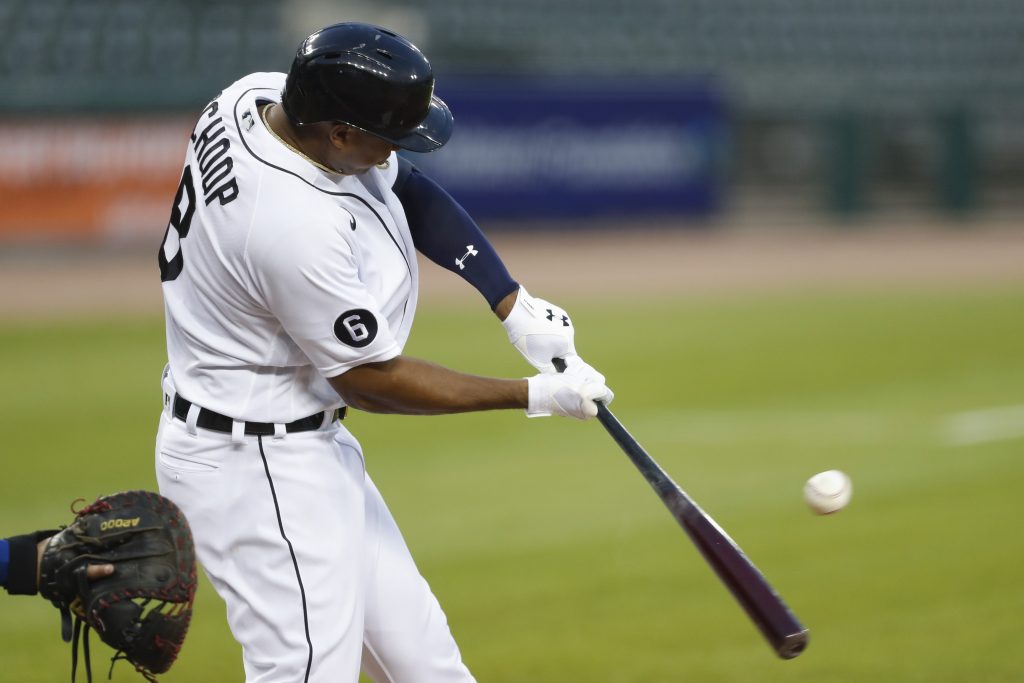 The Tigers have placed second baseman Jonathan Schoop on the 10-day injured list due to a right wrist sprain, the team announced.  Schoop’s placement is retroactive to September 13.  Niko Goodrum will take Schoop’s spot on the MLB roster, as Goodrum has been activated from his own IL stint due to a right oblique strain.

Schoop sprained his wrist swinging, manager Ron Gardenhire told MLB.com’s Jason Beck (Twitter links) and other reporters.  This comes after Schoop was hit by a pitch on that same wrist on September 8, and Schoop has also been dealing with some hamstring issues.  The backdated IL placement means that Schoop could technically still return before the season is over, though with the Tigers fading from playoff contention, it’s possible the infielder could be shut down.

If this is the case, it could mark the end of Schoop’s time in Detroit.  Schoop signed a one-year, $6.1MM deal with the Tigers in the offseason, and hit a solid .278/.324/.475 with eight homers over 177 plate appearances.  While the Statcast metrics weren’t fans of Schoop’s work this year, the veteran positioned himself for another Major League contract as a free agent this winter, and a return to the Tigers might not be out of the question.

Schoop’s chances of suiting up as a Tiger in 2021 could depend on the team’s plans for Goodrum and Willi Castro, as Gardenhire said Goodrum will take over for Schoop at second base so Castro can get some time at shortstop.  The versatile Goodrum can play all over the diamond, so Detroit could explore moving him back into a super-utility role next year if they wanted to go with Castro as an everyday shortstop and perhaps bring Schoop back as the regular second baseman.

On the flip side, Castro hasn’t shown much defensively at shortstop, whereas Goodrum has displayed some strong glovework (+8.7 UZR/150 and +2 Defensive Runs Saved) over 248 innings at the position this season.  Goodrum’s main focus over the season’s final days will likely be getting his bat on track, as Goodrum has hit only .186/.264/.381 in 129 PA in 2020.

Detroit Tigers lose to Cleveland Indians, 1-0: Game thread replay
Detroit Tigers: Goodbye Gardy, Hello Don Kelly
Tigers’ prospect Jake Rogers not ready yet but is ‘gonna be with us’ in 2021, Gardenhire says
Indians find offense at expense of Casey Mize in 10-3 whooping of Tigers
Detroit Tigers: What To Do About Rony Garcia’s Struggles