The Detroit Tigers were one swing away for five innings, yet they couldn’t tie the game. Starter Michael Fulmer did his job in a three-inning role. For the most part, so did his replacement, Tyler Alexander, and five other relievers.

But the offense, once again, didn’t help.

He dominated the Tigers (21-29) with 11 strikeouts through 7⅔ innings en route to delivering the Indians a 1-0 win at Comerica Park.

A final chance to score came in the bottom of the ninth as pinch-hitter Daz Cameron tripled with one out, but closer Brad Hand produced back-to-back strikeouts of Jorge Bonifacio and Niko Goodrum.

Cleveland entered the four-game series on an eight-game losing skid but now has consecutive victories and improved to 28-23 overall in the 60-game season.

As of Friday night, the Tigers are five games back from the Toronto Blue Jays for the AL’s eighth and final spot in the playoffs. The Indians have a 1½ game lead for seventh place, while the Seattle Mariners and Baltimore Orioles are in ninth and 10th place, respectively.

The Tigers wrap up the series with right-hander Spencer Turnbull on Saturday and lefty Matthew Boyd on Sunday. The Indians counter with Triston McKenzie and Carlos Carrasco.

[ Detroit Tigers’ Casey Mize inspired by Indians’ Shane Bieber: ‘That’s the player I can be’ ]

In his ninth start this season, Fulmer only produced three swinging strikes. His highlight strikeout came when he got Cesar Hernandez to swing and miss with a vintage 87.9 mph slider.

Overall, he didn’t have swing-and-miss stuff, but his command made up for it. He located his pitches better than he has all season, ending his three innings with one walk. 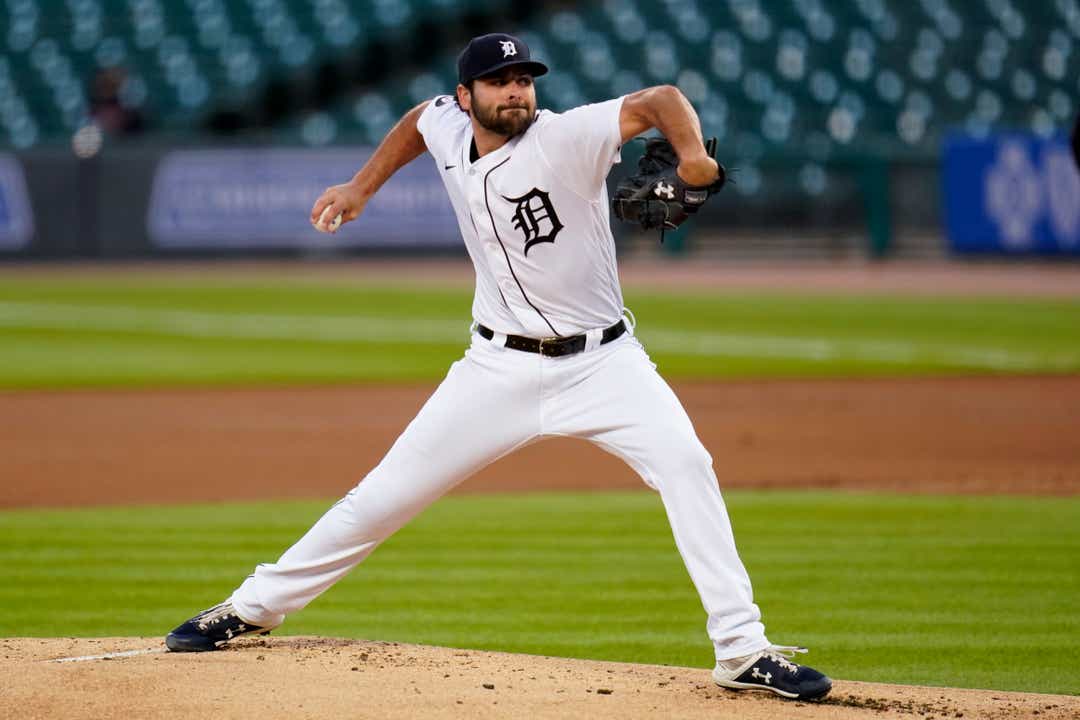 It was Fulmer’s third scoreless outing in 2020 as manager Ron Gardenhire continues to limit him in his return from Tommy John surgery. However, Friday was his first time allowing only one hit. His previous low: three hits, three times.

Plesac trotted toward the dugout with a grin after sending down Bonifacio, Goodrum and Austin Romine — all on swinging strikeouts — in the second inning.

As for the last Indians pitcher with an immaculate inning? That was Carasco, Sunday’s starter, in the fifth inning on July 7, 2017. Of course, it came against the Tigers.

Plesac departed after 112 pitches. He gave up his fifth hit — to Victor Reyes — with two outs in the bottom of the eighth. Reliever James Karinchak entered and walked Willi Castro, but he struck out Miguel Cabrera to escape the inning unscathed. 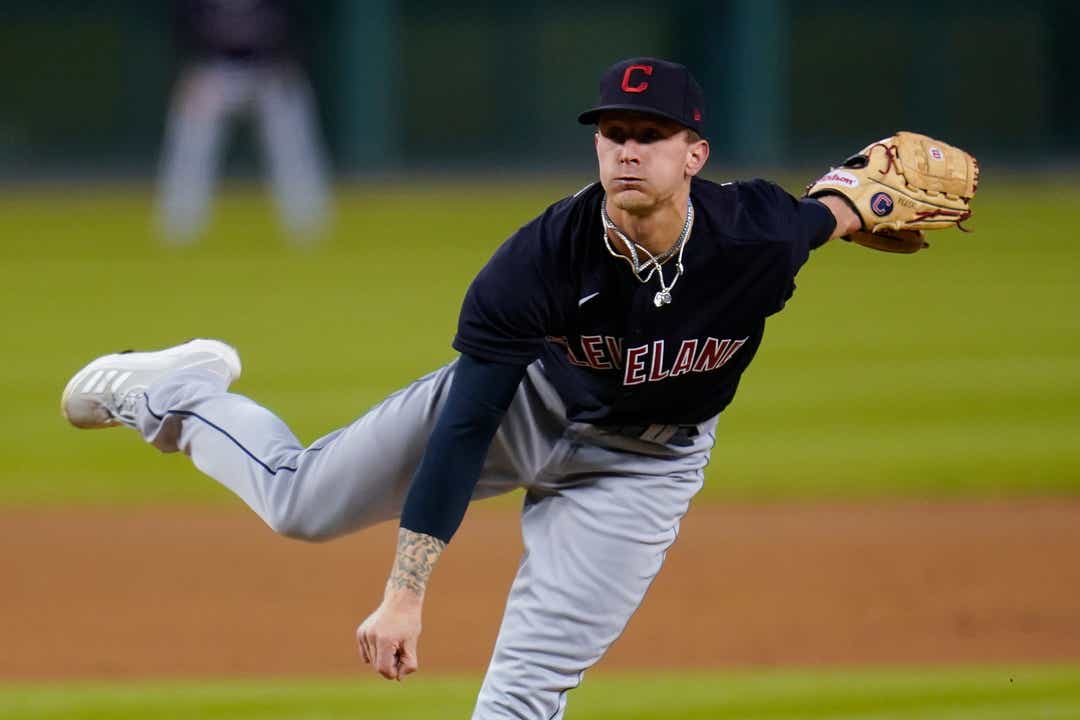 The bases were loaded in the fourth inning. The Indians already had two outs, and reliever Tyler Alexander was in a 2-2 count with Roberto Perez.

All of a sudden, Jose Ramirez broke toward home. Surprised, Alexander hesitated for a second before firing home to Romine. Even though Ramirez looked like he beat the tag, he was called out by home plate umpire Laz Diaz to end the inning.

Despite missing out in the fourth, the Indians picked up a 1-0 lead in the fifth inning on Francisco Lindor’s sacrifice fly to drive in Delino DeShields, who tripled to the wall in left-center field.

Third baseman Isaac Paredes reached with a single up the middle in the third inning. With only 13 stolen bases in his four-year minor-league career, there was no chance the 21-year-old had plans to swipe second base.

[ Why Detroit Tigers’ Jeimer Candelario found his swing in August ] 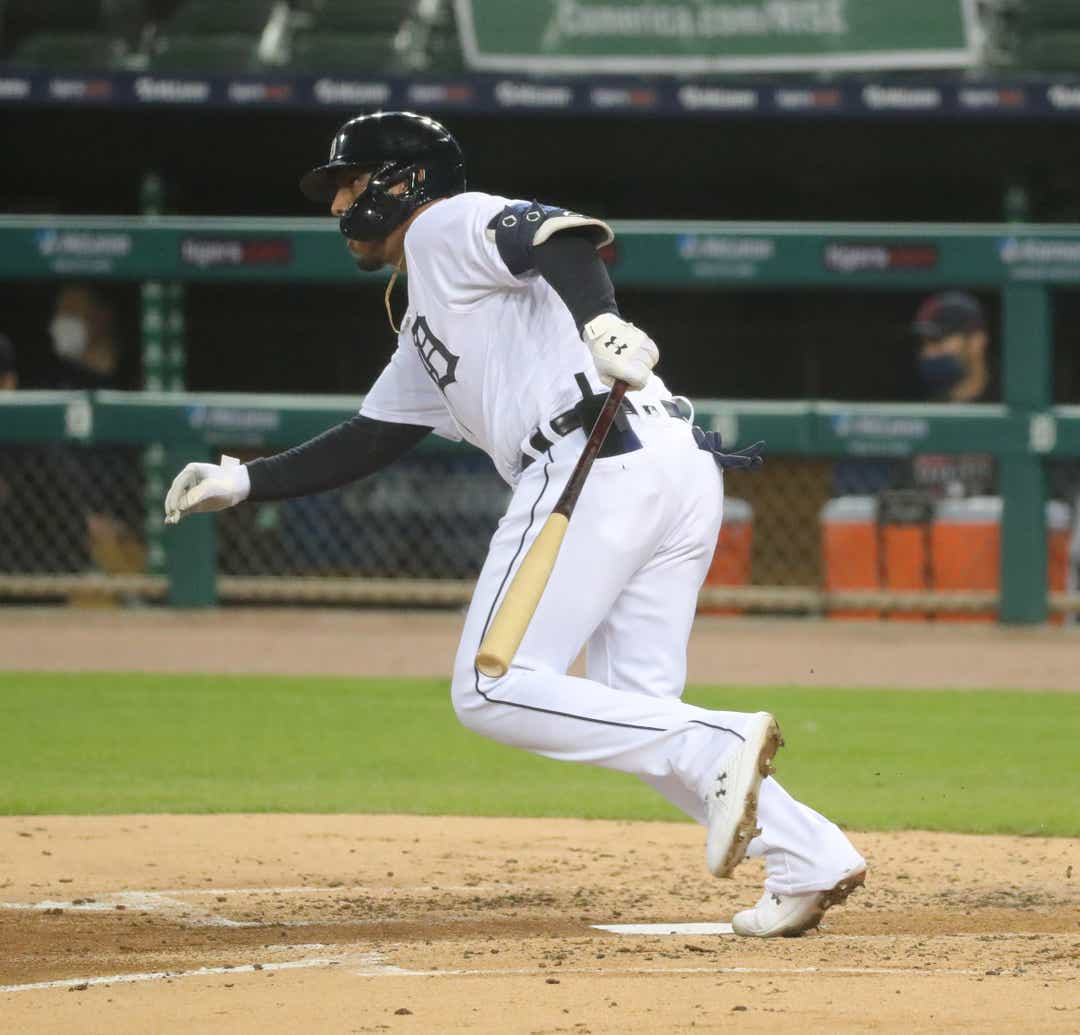 Yet he was off-balance in his leadoff, so Plesac was able to pick him off for one out. The next batter, Reyes, snapped an 0-for-17 skid with a single.

The Tigers had a chance to put Plesac in a jam, but Paredes’ mistake squandered the opportunity. Back in the first inning, Detroit had two runners on with one out, but Jeimer Candelario and Harold Castro couldn’t drive them in.

Following a 2-for-36 stretch from Aug. 26 through Sept. 11, Paredes, who made his MLB debut Aug. 17, has put together a five-game hitting streak.

Utility player Harold Castro made his first appearance since Aug. 18. He spent the last month rehabbing a left hamstring strain at the alternate training site in Toledo. He injured his right hamstring during the process, so his return was delayed.