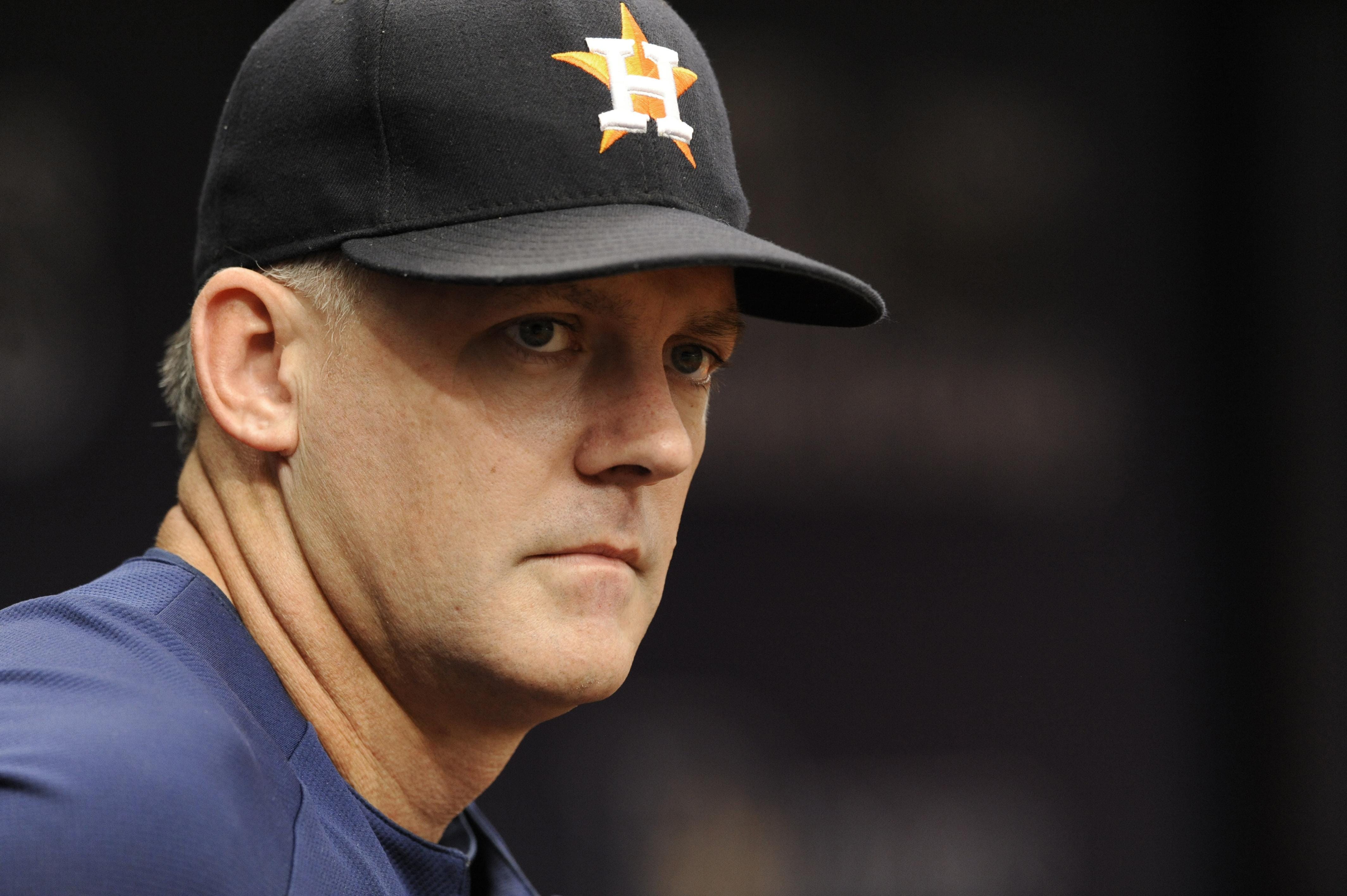 Ron Gardnehire abruptly retired early Saturday evening, after 16 years as a big-league manager, including the last two-plus seasons with the Tigers. Lloyd McClendon is taking over on an interim basis, making him the team’s third manager since Jim Leyland retired after the 2013 season.

McClendon, the team’s bench coach before his promotion, also becomes the first Black manager in Tigers’ history, and just the second minority manager, after Luis Pujols served out the 2002 season as an interim.

Gardenhire, 62, was in the third and final season of his original contract, and there had been no talks, nor frankly any expectations, of an extension. He was brought in to provide some professionalism amid the youth movement, and it was never a guarantee or even a likelihood that he was going to be the manager to see this thing through to the finish line.

“‘I hope I don’t get fired before they get here,” Gardenhire quipped last season, speaking of the team’s stable of stud pitching prospects, three of which, Casey Mize, Tarik Skubal and Beau Burrows, debuted this season.

Gardenhire finished his Tigers tenure 132-241, and his managerial career 1,200-1,280 with six postseason appearances, all with the Minnesota Twins.

Tigers GM Al Avila didn’t get into specifics Saturday about what he’d look for in his next manager, given the news from Gardenhire — citing health reasons; he’s a cancer survivor who this year also has battled stomach issues, and severe stress — came so suddenly.

Any list should begin and end here. Hinch, 46, had a wildly successful five-year run as manager of the Houston Astros, making two World Series, and winning one. He was considered one of the top minds in the game before he was suspended for a year by Major League Baseball — and then subsequently fired by the Astros — in the wake of the sign-stealing, trash-can-banging, cheating scandal. Hinch figures to be given a second chance by some team, so why not the up-and-coming Tigers? He has experience taking over a team that appears on the brink of breaking free of a rebuild. Hinch also managed a couple seasons with the Arizona Diamondbacks, and a long time ago was a backup catcher, briefly, for the Tigers. 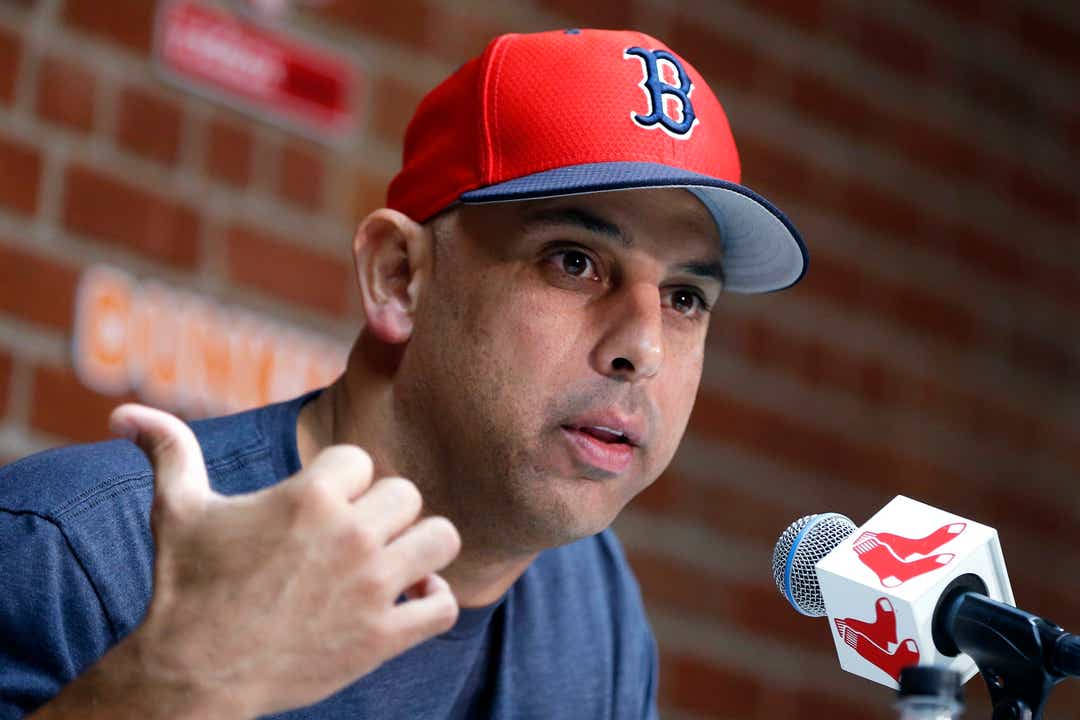 Here’s the second manager who earned a one-year suspension as a result of the Astros’ cheating scandal, and interestingly Cora earned the suspension while he was the manager of the Boston Red Sox. Cora, 44, won a World Series with Boston in his first year as a manager, 2018, and then managed a second season before he was fired after he was found to have been a big part of the sign-stealing madness during his time as bench coach of the Astros. Cora, though, is considered much less likely to get that second chance, given many considered him the mastermind of the cheating operation. (The Red Sox were caught using video replay to pick up signs in 2018, too.) But that’s not the Tigers’ problem. They must look forward, not back. 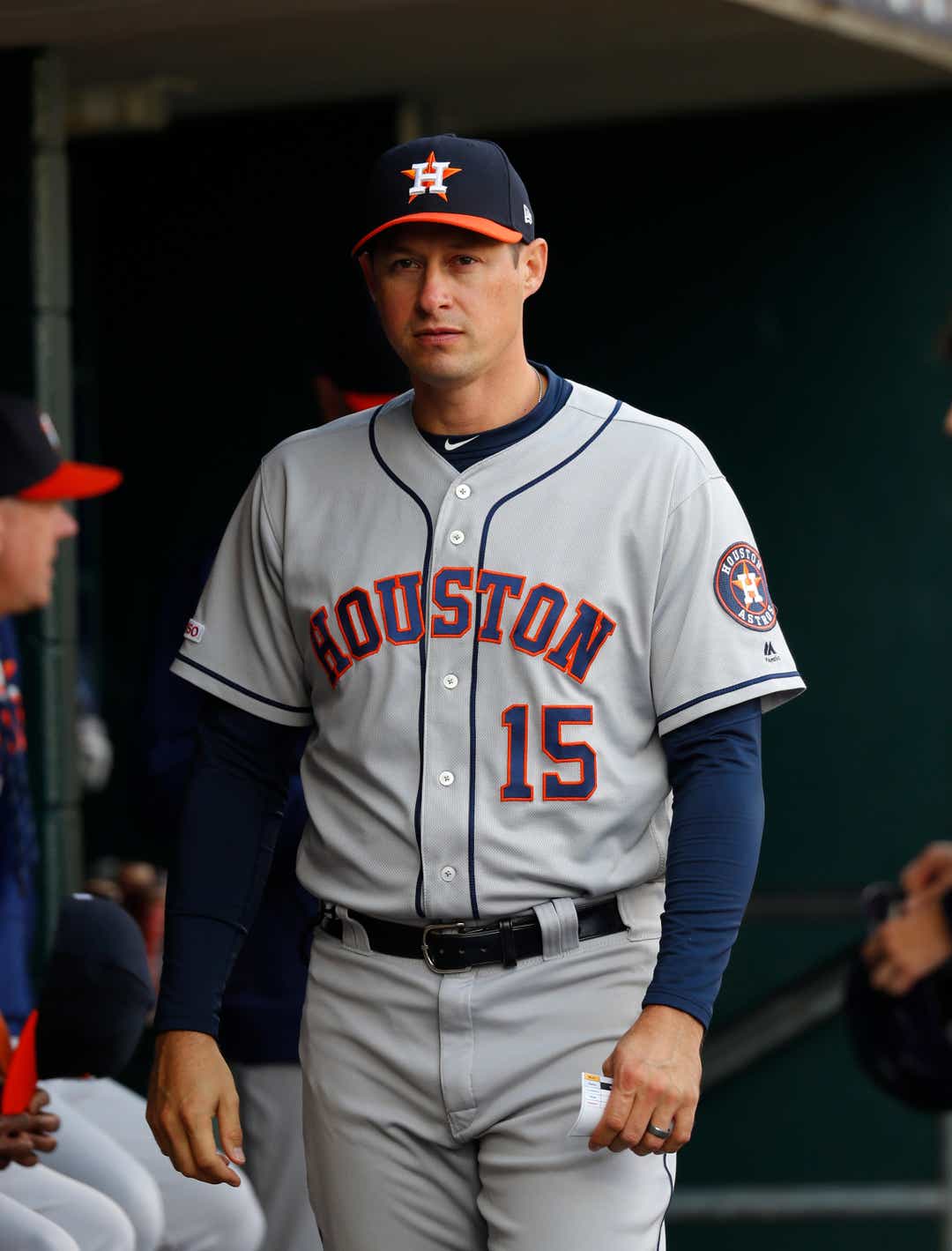 If you took a poll of all Tigers fans, it’s likely you’d see this fella is the favorite choice for the job. Donnie Kelly Baby, or DKB, the most-popular utility man in franchise history, has long been considered prime managerial material, and he’s been paying his dues — as the Astros’ first-base coach in 2019, and the Pittsburgh Pirates’ bench coach this season. After his playing days, and before his coaching days, Kelly, 40, also cut his teeth in player development with the Tigers, as a scout. Of course, the last first-time manager the Tigers hired, Brad Ausmus, didn’t exactly work out too swimmingly. (That’s a knock, too, against Carlos Beltran, fired by the New York Mets in the wake of the cheating scandal before he ever managed a game.) 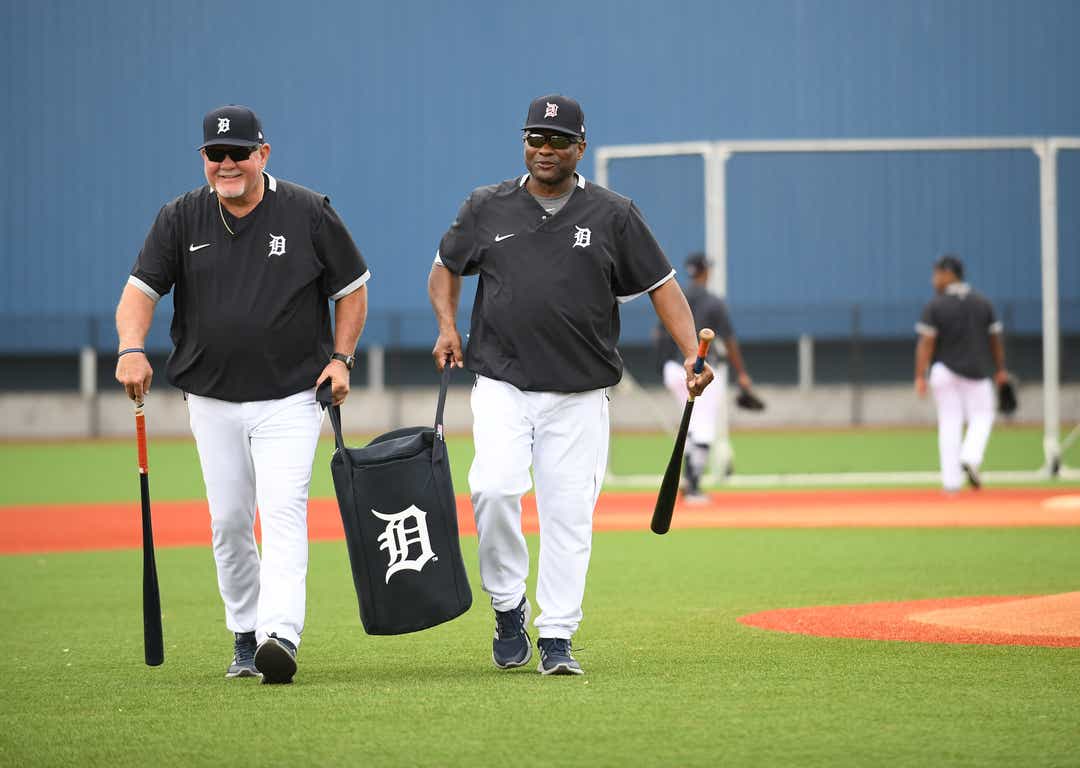 He has to be considered the early front-runner, given he’s the interim manager, and he’s got some games to impress his bosses. McClendon wants to be a big-league manager again, and he’s made that no secret — and this will be the third time he’s been a candidate for the Tigers job, having interviewed after Leyland retired and after Ausmus was fired. He has his pluses, starting with his institutional knowledge. Few know the Tigers’ organization, how it runs and what it has in players better than McClendon, 61, who was Toledo’s manager in 2016, before rejoining the Tigers staff in 2017. His managerial resume isn’t sparkling, with the Pirates (2001-05) and the Seatlte Mariners (2014-15), but the talent was particularly light at both stops. 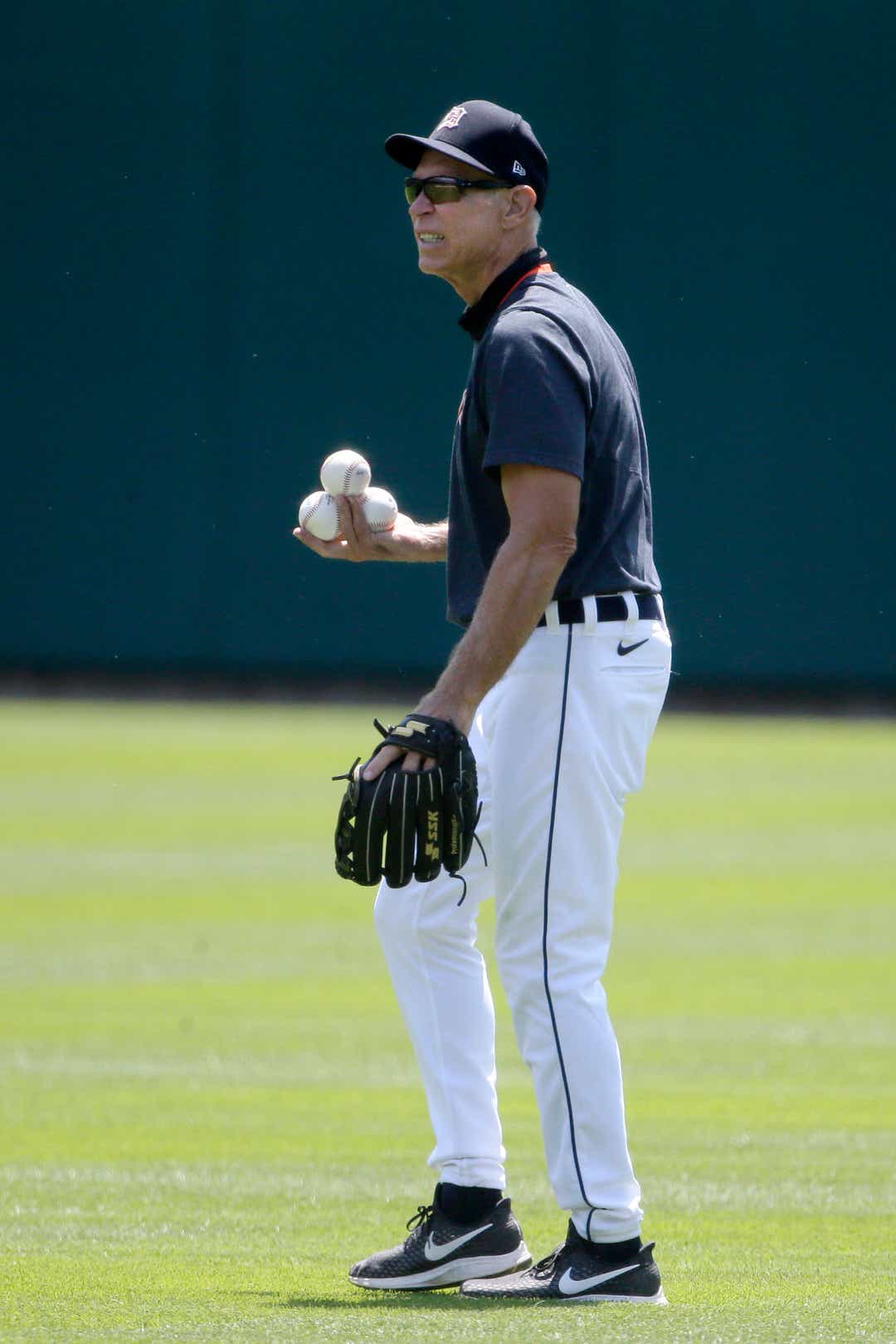 OK, this one is a long shot. And there’s also the distinct possibility that Trammell, forever a fan favorite despite a miserable run as manager the first time around, doesn’t ever want to manage again. He’s suggested that a few times over the years. That said, as 97.1 The Ticket’s Pat Caputo pointed out on Twitter on Saturday night, few folks know the Tigers’ roster, at the major-league level and minor-league level, than Trammell, who since November 2014 has been a member of the Tigers front office — working with prospects, and scouting potential draft picks. It could be quite the storybook ending for Trammell, 62, who was fired as manager at the end of the previous Tigers’ rebuild, and now could be the guy picked to manage a winner.