George Lombard put himself at the center of a historic moment in China.

As a nonroster invitee to the Los Angeles Dodgers’ spring training camp in 2008, he went to Wukesong Baseball Stadium in Beijing for a two-game series against the San Diego Padres. On March 15, Lombard became the first American baseball player to hit a home run in China.

Those two spring training games were planned to boost the popularity of baseball in that area of the world, and Lombard remains remembered for his home run off right-hander Justin Germano in the third inning. Yet he didn’t make the big-league roster that season.

[ The Free Press has started a new digital subscription model. Here’s how you can gain access to our most exclusive Detroit Tigers content. ]

For subscribers: Here’s who Detroit Tigers should target as their next manager

Lombard has lived his career in the background; an under-the-radar type of guy. He played 16 seasons of professional baseball but only got 144 games in the majors (72 of those were for the Detroit Tigers in 2002). He spent six years as a minor-league coach, cracking the majors in 2015 when the Dodgers hired him as their first-base coach.

He hasn’t moved up the coaching ranks since, but the Tigers need a new manager. He was put on general manager Al Avila’s lengthy candidate list and is sought after for an interview, which is expected to take place on a Zoom conference call once the Dodgers finish their run in the postseason. 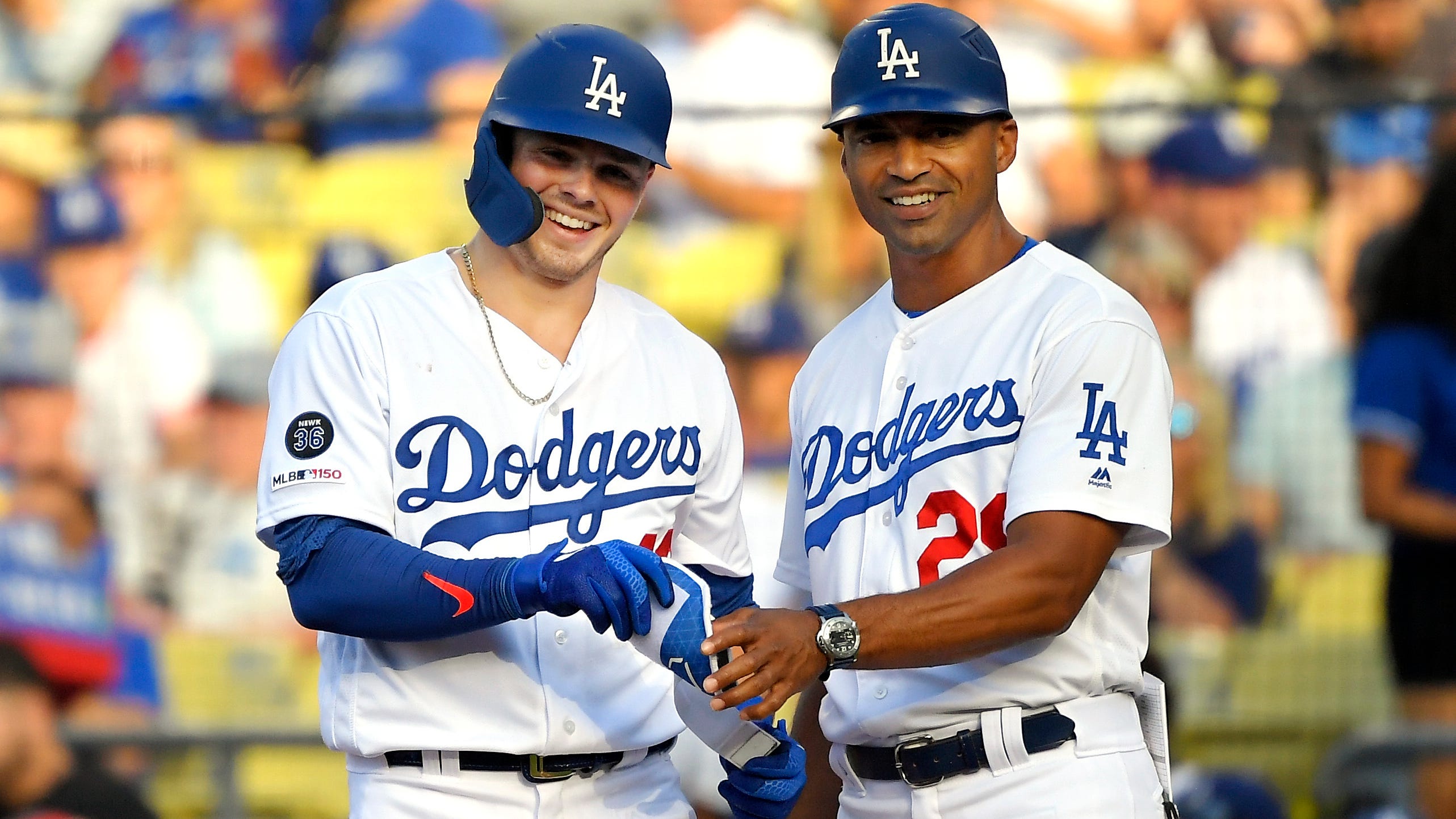 Lombard has an interesting background. His grandfather, George Francis Fabyan Lombard, was a senior associate dean at Harvard for 41 years. His late mother, Posy, fought for civil rights with Martin Luther King Jr.

And, if you’re wondering about Lombard’s baseball background, he was a key factor in the development of 2018 American League MVP Mookie Betts.

For subscribers: Making the case for Detroit Tigers hiring A.J. Hinch as next manager

After being drafted by the Red Sox in the fifth round of the 2011 draft, Betts only played one minor-league game that year. He competed for the Rookie Gulf Coast League Red Sox under Lombard, who was in his first season as a manager and second as a coach. (He was the hitting coach for Class-A Lowell in 2010.)

Betts went 2-for-4 with two RBIs and one stolen base, but he made three errors in six chances at shortstop.

In 2012, Lombard was promoted to the minor-league roving outfield and baserunning coordinator within the Red Sox’s farm system. Two years later, Betts played outfield for 49 of his 99 minor-league games and 37 of his 52 major-league games.

Lombard helped Betts make the transition from the middle infield to the outfield a simple task.

Betts exploded in Boston, winning AL MVP and the World Series in 2018. He has four Gold Glove awards and three Silver Sluggers. He secured a prestigious title in only his second year as a full-time outfielder: the 2016 Wilson Overall Defensive Player of the Year.

When Betts was traded to the Dodgers in February 2020, Lombard was there — to watch him quickly evolve into a clubhouse leader.

That’s another thing about Lombard: he replaced Davey Lopes as the first base coach and, five years later, hasn’t been fired, asked to leave or taken another job.

The Tigers need their next leader to stay with the ballclub for the long haul. Whereas former manager Ron Gardenhire, now retired, carried the weight of the worst days of the rebuild for three years, his successor is expected to take the prospects and turn them into consistent big-league players.

For subscribers: Jim Leyland: Detroit Tigers will have ‘guys waiting in line’ for manager job

Just as Lombard, who also coaches outfield and baserunning for the Dodgers, did with Betts.

His help in the development of a young Betts, and others, is only one reason why he is respected across baseball’s landscape. In June, he participated in the LA Dodgers Foundation Virtual Coaches Training Series, where he spoke to 240 parents and coaches — in partnership with Dodgers RBI (a baseball and softball youth development program) — to share his mother’s story.

This year, Lombard spent plenty of time chatting with his players and fellow coaches about making a societal change amid nationwide protests of racial injustice.

Those efforts are testaments to how much he cares about his players, team and community, three elements the Tigers need as they seek to burst out of the rebuilding stage and into playoff contention. From a PR standpoint, Lombard is the perfect hire.

Plus, he is 45 years old, making him a long-term hire if things work out.

As an outfielder whisperer, Lombard would surely help the rise of Daz Cameron, Riley Greene, Daniel Cabrera and Parker Meadows. One of the unknowns, however, is his ability to manage young pitchers.

The Tigers’ future is invested in Casey Mize, Tarik Skubal, Matt Manning, Alex Faedo, Joey Wentz and, if he can stay healthy, Franklin Perez. If those players don’t meet their potential, free-agent additions will have to anchor the franchise’s starting rotation of the future.

That’s where Lombard becomes a concern: he has no managerial or bench coach experience at the major-league level. In 2019, he interviewed with the Pittsburgh Pirates for their opening, but the gig was given to Derek Shelton.

The Red Sox are also in the hunt for a manager, as Ron Roenicke was fired before the final game of the team’s 24-36 season in 2020. Lombard seems like a nice fit to return to where he began coaching in the minors.

Still, the frontrunner for the job in Boston seems to be Cora, so that situation will be something to keep an eye on — Hinch and Cora each finish a one-year suspension for a 2017 cheating scandal at the conclusion of the 2020 World Series.

Although Lombard has the leadership qualities Avila is seeking, his inexperience managing a game and developing an entire team might make him a concerning choice as the Tigers desire an already-proven candidate more now than ever before.

Lester drives in 42 and 43 in loss vs Louisville
Garrett Hill and Akil Baddoo lead Hens over Louisville
Detroit Tigers rookie Spencer Torkelson leaves game vs. Royals after hit-by-pitch
Tigers energized by García-Haase battery
Here is the hottest pitching prospect from each system