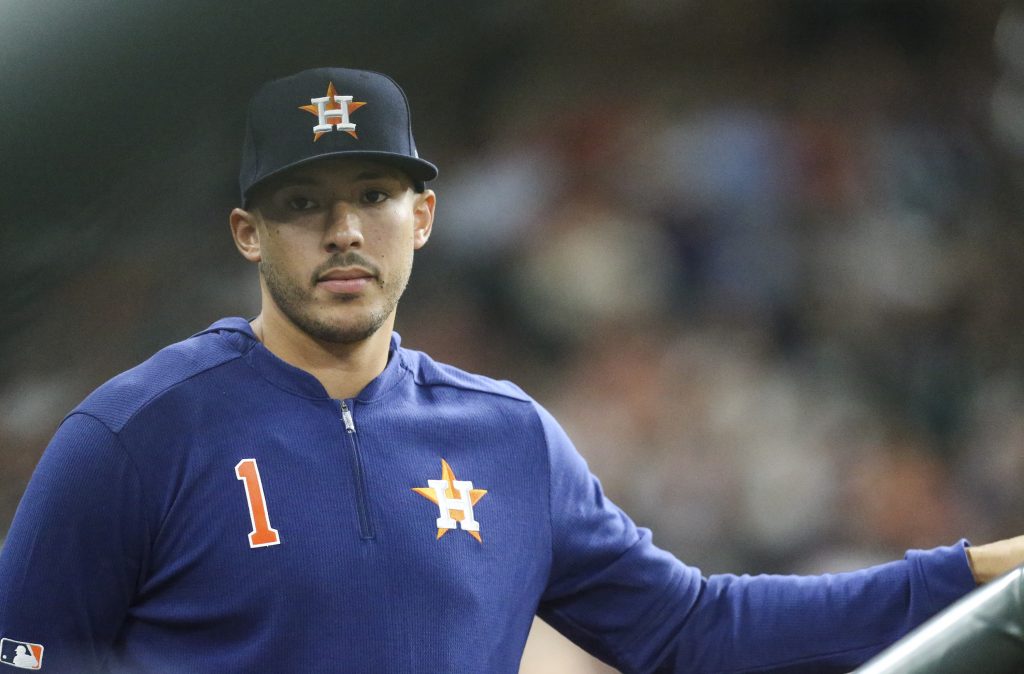 The Astros suffered a major loss in free agency this week with the departure of outfielder George Springer, who agreed to sign with the Blue Jays. Next winter, they could see shortstop Carlos Correa follow Springer in exiting on the open market, though the 26-year-old told Astroline Radio (h/t: Chandler Rome of the Houston Chronicle) that he prefers to stick with the franchise for the long haul. “I love this organization. I love the Astros. I would love to be an Astro for life,” the one-time All-Star and former AL Rookie of the Year said. “I hope they’re on the same side I am. If they’re on the same side, I would love to be an Astro for the rest of my life.” For now, Correa and the Astros are gearing up for an arbitration hearing (he filed for a $12.5MM salary; they filed for $9.75MM), but he understands “it’s a business and you have to leave your feelings out of it.”