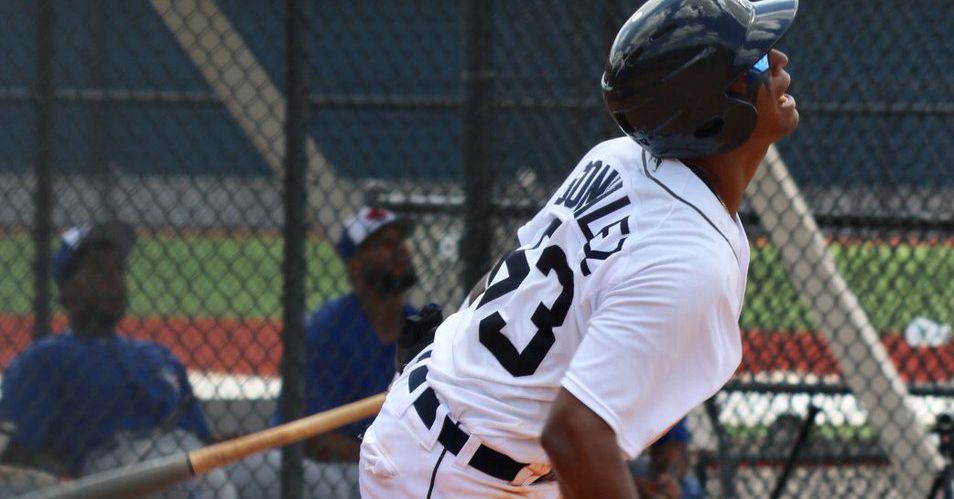 Until they come stateside and reach the full season A-ball circuit, international free agent signings are often a bit of a mystery to MLB fanbases. The top guys will generally have had a lot of eyes on them for a while, and plenty of video to boot, but the majority are known only by reputation in their teenage years. The last time we had much news on shortstop Alvaro Gonzalez, he was an 18-year-old getting his feet wet in the Gulf Coast League back in 2019.

As a result, we’re taking a bit of a hack here because it’s just impossible to know how he’s developed since he last saw rookie ball action. Without good competition to hit against, it’s difficult to improve, so patience is advised. Still, Gonzalez is a player we’ve been waiting to see more of, and we should get a lot better idea how he’s developing this year. A lot can change for a young player physically in their late teens and early twenties, and we’re admittedly betting on the upside a bit here.

Gonzalez hails from Valencia, the third largest city in Venezuela. Valencia is tucked in a valley on the southeast side of the coastal mountain range and situated about 25 miles from the Caribbean in north-central Venezuela.

There were rumors prior to the 2017-2018 international signing period that the Boston Red Sox might be the frontrunners for him. Instead, the Detroit Tigers inked him for a cool one million dollar signing bonus, at that time one of the largest they’d ever offered. As a result, he was one of the early heralds of a more aggressive approach to international free agents than the club had previously pursued.

Gonzalez is viewed as a viable future shortstop. He’s also a switch hitter standing six-feet tall and having adding some muscle to the slender frame he possessed at the time of his signing. MLB Pipeline ranked him 23rd in his class at that point.

Gonzalez is a switch-hitter with the tools to play shortstop at the major league level, though a future at third base based seems possible if some quickness is sacrificed for strength gains. he has the arm for either. Gonzalez has a chance to be a good hitter, and should produce plenty of gap power. He features a relatively compact stroke and some feel for contact, but there will be a lot to prove as he moves into the full season A-ball levels this year.

Defensively, his hands and actions certainly need development, but the physical ability to handle shortstop is present. He’s not a burner on the basepaths, but overall he’s a good athlete with the quickness and agility to bet on plenty of further development. Early in his pro career there were quite a few throwing errors, so cleaning up his mechanics will be a major part of his development. Gonzalez plays with energy and passion for the game and seems likely to put the work in to hone his defensive skills. He’ll need that to carry him through the system.

At last report, Gonzalez’s hit tool was coming along, but he certainly wasn’t dominating the rookie ball levels. He didn’t strike out too much, and has a decent eye for the strike zone. However the pitching there is still very raw, and he didn’t do much damage at the plate either, mainly spraying line drives to all fields. As his potential future power is somewhat limited, he needs to continue honing better discipline and pitch selection to become the productive, contact oriented hitter the Tigers often dream on, but rarely produce.

The real key for him lies with his defensive abilities. The raw talent to be a good shortstop is in place, but needs refinement. Because he’s unlikely to be a big-time run producer, his path to the majors runs through his ability to play the shortstop position well. That would assure him a good chance at reaching the majors, while the bat determines whether it’s in a regular role or as a utilityman.

This is where things get tricky. Gonzalez is now 20, and will turn 21 in September. He should be plenty well prepared to take over as the Flying Tigers shortstop this season—remember that Lakeland is now Single-A, while West Michigan is High-A—but there’s just no way to know what the Tigers have seen from him over the past year. If he isn’t ready to handle that role yet, it’s probably a bad sign.

On the hand, it’s presumable that Gonzalez has made some gains in the interim, and he could surprise us with a leap in his development. As with many of the younger prospects, the year off makes him hard to forecast, but we should know a lot more about him by late summer. He needs to establish himself as a viable role four type this season to stay on the prospect radar.