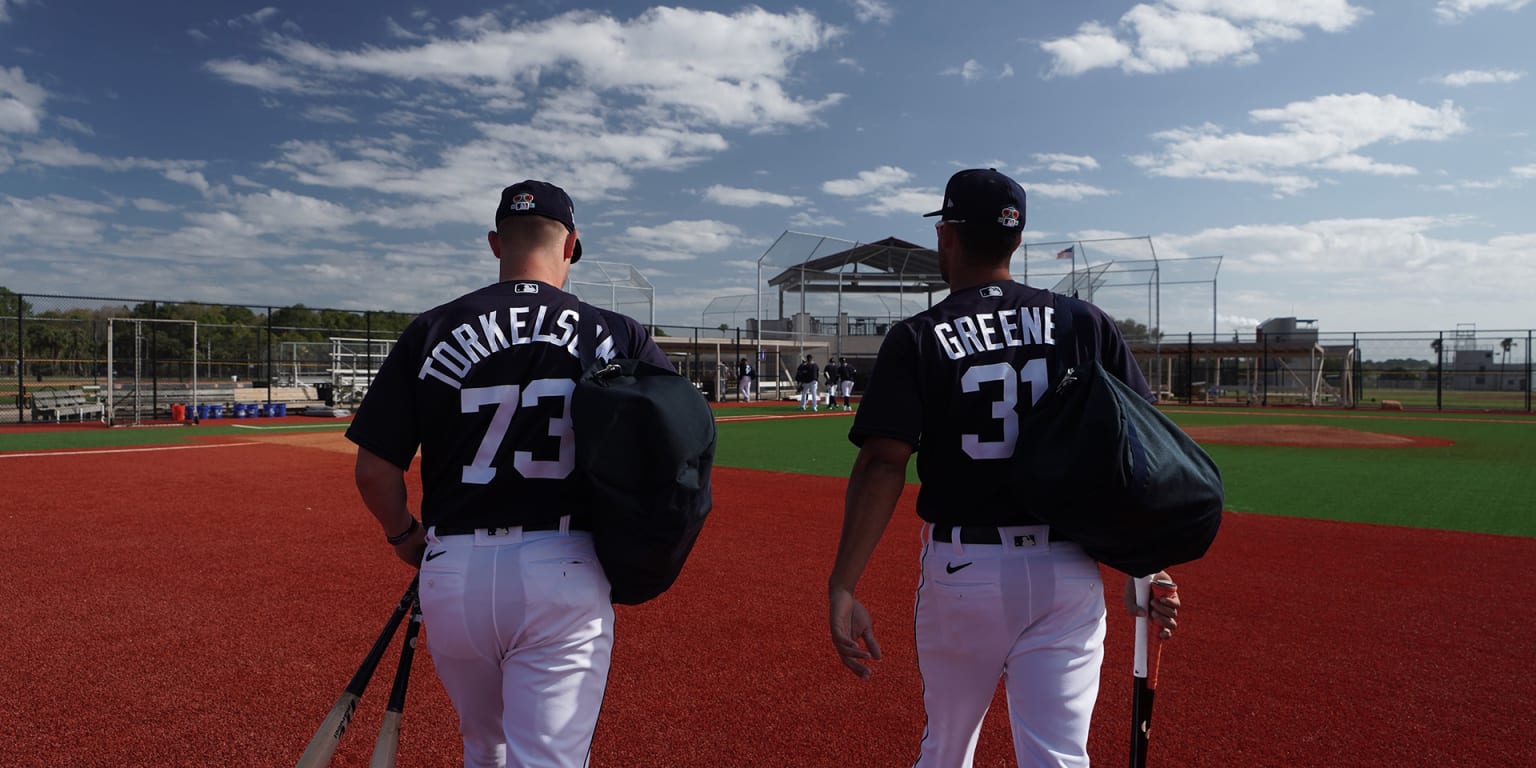 LAKELAND, Fla. — One of the scenic quirks about the Tigertown complex is the fire training station that sits between the back fields and Lake Parker. It’s down the right-field line beyond one field, down the left-field line beyond another, and the sight of training exercises can provide a strange backdrop.

There was no such training as the Tigers took batting practice Monday morning to close out their first full-squad workout of this Spring Training. But at some point, it looked like Spencer Torkelson could try to hit a fire truck with a baseball.

Torkelson’s first batting practice of his first Spring Training went about as expected. Even from a distance, the ball sounds and travels differently off his bat. Detroit’s top prospect per MLB Pipeline will get his first look at live pitching on Tuesday, but the bigger anticipation could be next weekend, when he could see opposing Major League pitchers for the first time in his brief pro career.

“Those two players, in particular, are two of the beneficiaries of a delay in camp for Schoop and Núñez and Mazara and Reyes,” manager A.J. Hinch said. “Those are perfect examples of early in camp, we’ve got a lot of at-bats, and Riley and Spencer will get some of those along with some other players.”

Torkelson will work exclusively at third base in camp unless the Tigers need a first baseman in a game in an emergency. He had a full morning of drills on the back fields, then he had some extra defensive work with other infielders on a separate half-field. Torkelson will not get any extra individual instruction, according to Hinch, but they’re keeping a close eye on his transition.

“I heard he laid out nicely for [a ball] in one of the drills and made a nice catch,” Hinch said. “I mean, he’s just going to soak up from any and every coach that we have that coaches infield — nobody in specific.”

Perez begins throwing
One day after Franklin Perez was cleared to join camp, the Tigers’ No. 14 prospect was on the mound Monday morning for his first formal bullpen session. It was anything but intense, but it was a good opening step for a talented but injury-plagued right-hander who has pitched in just nine Minor League games since joining the organization as part of the Justin Verlander trade in August 2017.

“Just getting him on the mound is really key,” said Hinch, who was the Astros’ manager at the time of the trade. “I know his history, both the good and the frustrating struggles of staying healthy here. And the stuff is real when he’s healthy. Can’t get a lot of guys out when you’re hurt. It’s not all his fault.

“There are some generic and kinda physical things he’s been working on to try to stabilize his body and get his body to function the way that he needs it to. But I think getting him active and getting up and running is key. He’s a young pitcher with pretty good stuff that’s missed a lot of time.”

Asked whether Perez could stretch out his pitch count this spring or will focus on shorter relief, Hinch said, “Honestly, I just want him to get in a game right now. Obviously the better he feels, the more we will stretch him out.”

No big speech
Though Monday marked Hinch’s first time in front of the full squad since he was named Tigers manager last fall, Hinch downplayed the idea or impact of a big speech.

Still, as he talked with players Monday morning, he tried to set the mindset and expectations for the group.

“I mean, I’m baseball 24-7,” Hinch said. “So I want to get to the baseball more than I want to get to any sort of motivational speech or some sort of show or something. And that’s not what we’re here for. It’s really to get the players in a position to be prepared for the season.”

Still, outfielder Robbie Grossman — who played for Hinch with Houston in 2015 — said the speech went well.

“It was vintage A.J.,” Grossman said. “And I think a lot of guys took that as an icebreaker like, ‘Hey, this is who we are. This is who we’re going to be and we’re coming in here to compete and have a winning mindset. We want to win every day.’”