The Tigers’ chronic inability to beat the Cleveland Indians has extended into 2020.

With a six-run fourth inning, the Indians Friday night beat the Tigers for the 18th straight time, 10-5 at Comerica Park.

“It’s definitely frustrating,” said reliever Daniel Norris, one of the few bright spots for the Tigers in this one. “It seems like they have our number, but it’s like Gardy (manager Ron Gardenhire) said — he came into the clubhouse after the game and said the good thing about baseball is you’ve got tomorrow.

“We can get them tomorrow.”

It is tied for the second-longest losing streak against one opponent since 1969, trailing only the Orioles 23-game win streak over the Royals in 1969-1970 and the Yankees currently active streak of 18 straight against the Orioles.

“I didn’t know that we lost that many,” said first baseman Jeimer Candelario, who tripled, singled and scored two runs. “But we don’t put that in our minds. Any team that comes in here, we’re going to battle hard and play to win. That’s all we want right now.”

This one looked promising for the home team for a quick minute. A two-run home run by Niko Goodrum in the bottom of the third gave the Tigers a 3-2 lead. It was Goodrum’s fourth home run of the season and at 426 feet to right field, the longest of his career.

But what is fast-becoming a worrisome trend, the Tigers starting pitcher couldn’t keep the game in check. 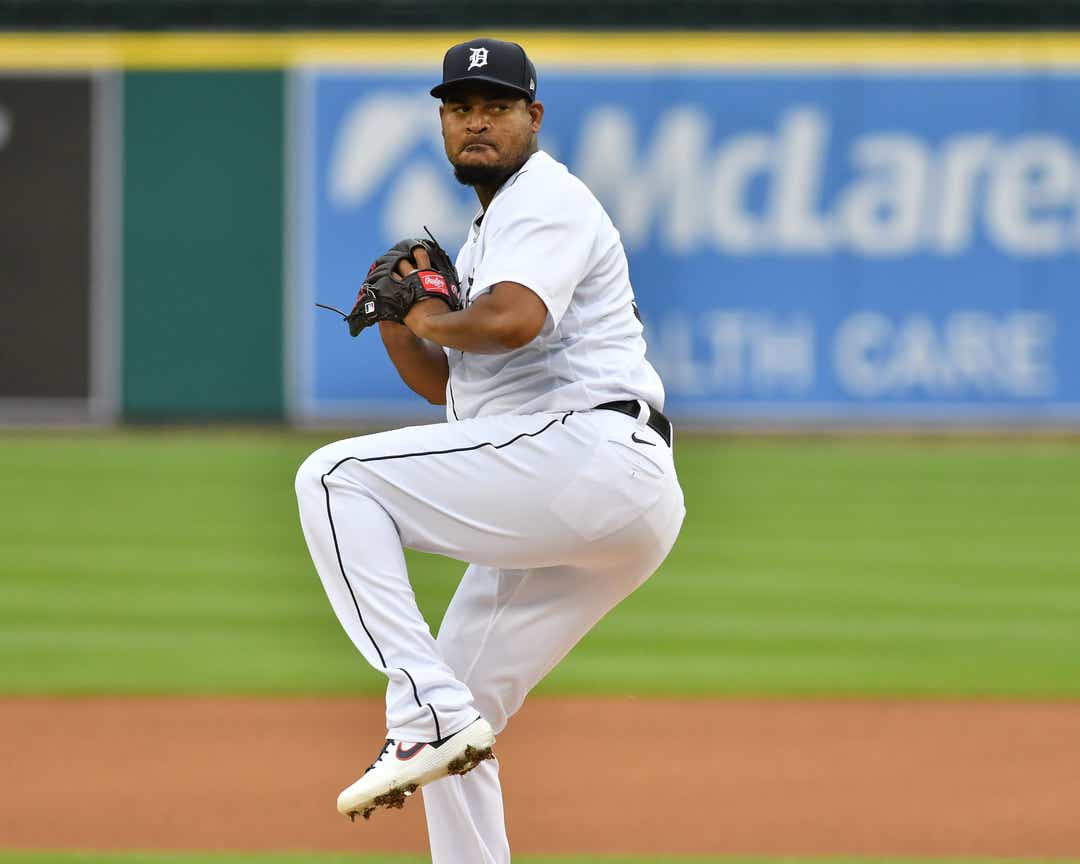 Ivan Nova seemed to be in good form. He’d made one tragically bad pitch in the first three innings, hanging an 0-2 curveball to Franmil Reyes in the second. Reyes rocket-shipped that pitch 462 feet, clearing the second row of shrubs and hitting off the ivy in center field.

But he got the next six outs, including a clean, six-pitch third inning.

His collapse was sudden.

“He just started to misfire,” Gardenhire said. “His command was OK early but he couldn’t get the ball diving. He needs that sinker, gotta have it. It was a tough night for him.”

The first five hitters reached before he recorded an out in the fourth, and each one ultimately scored. Nova gave up three singles, a walk and a three-run home run to Domingo Santana.

Asked about his level of concern with the rotation, Gardenhire took off his hat to show his balding head.

“See my head, a lot of stress,” he said. “A lot of concern. We’re trying to get through these things. We end up putting a lot of pressure on kids to have to get in there and at least hold it in.

“It’s not easy when you go through these things. We’ll be better as we go along here, but we have to start getting our starters going into the second half of games. You have to do that. It’s so important to keep us in the game because we can score runs.”

Norris got the hasty first call and he barely had any time warm up.

“I told Andy (pitching coach Rick Anderson) that we need to get him up,” Gardenhire said. “He said, ‘Gardy, he will be faster than anybody out there.’ He’s just wired that way.”

Sure enough, in just his second relief appearance this season, looked very sharp retiring the last five batters he faced. His fastball touched 95 mph and was sitting at 93. His slider and change-up were also effective. Of his 32 pitches, 22 were strikes.

“It felt good,” Norris said. “It’s been a long road to get (the velocity) back to that. You still have to get outs, but it was nice to see that register on the radar gun.”

Norris is expected to follow limited-innings starter Michael Fulmer on Sunday against the Indians.

“I’ll be ready tomorrow if they need me,” Norris said.

A couple other points of light for the Tigers:

The Tigers fall to 9-8 on the season.