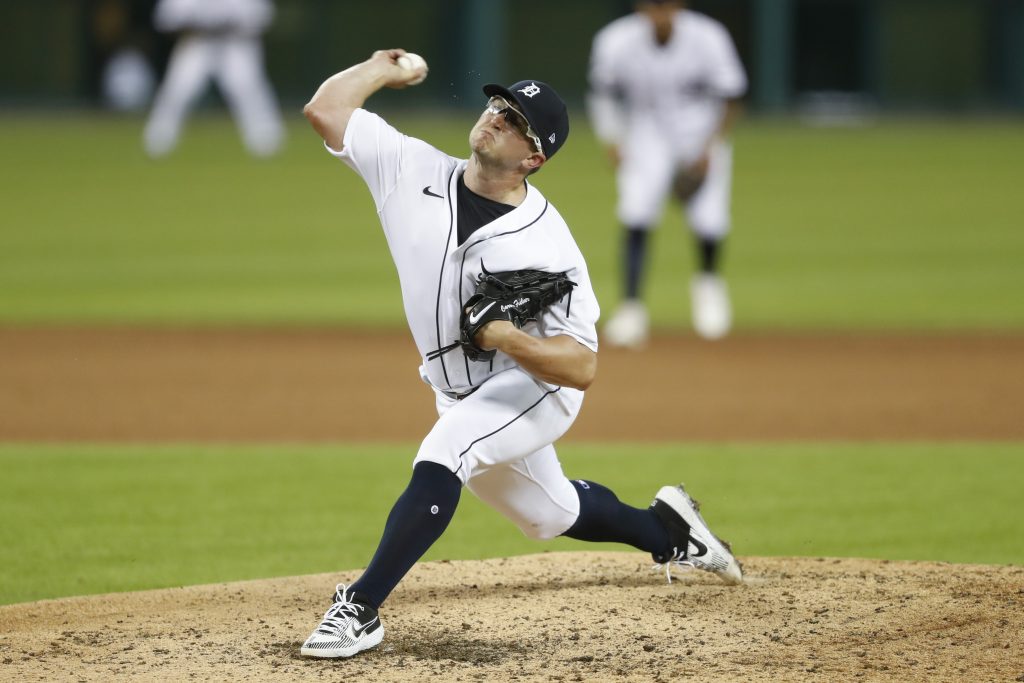 The Pirates announced Monday that they’ve claimed right-hander Carson Fulmer off waivers from the Tigers and designated outfielder Guillermo Heredia for assignment in order to open a spot on the roster.

Pittsburgh will be the third team in 2020 to try its hand in helping Fulmer to right the ship. The 26-year-old was selected by the White Sox with the No. 8 overall pick back in 2015. At the time, the Vanderbilt star was viewed as a potential high-end starter or at the very least a high-probability late-inning reliever. But he’s struggled virtually every step of the way since Triple-A, pitching to an ugly 5.39 ERA in parts of four seasons there and a less-palatable 6.57 mark in 101 1/3 MLB frames. The Tigers claimed him last month after the White Sox designated him for assignment.

Fulmer’s average fastball in 2020 sat at 92.3 mph — a far cry from the righty’s college days, when scouting reports pegged him as touching 97 mph with regularity. He boasted elite spin rates on his four-seamer and curveball as recently as last season, though, and Fulmer did manage a career-best 12.8 percent swinging-strike rate in this year’s tiny sample of 6 2/3 innings with the Tigers. That’s about all that went right for Fulmer, but the pitching-hungry Pirates were quick to snap him up on waivers in hopes that their staff can coax something more out of him. Fulmer is out of minor league options, so he’ll need to stick on the Bucs’ big league roster or else be designated for assignment a third time.

As for Heredia, he signed a one-year, $1MM contract with the Pirates over the winter but hasn’t delivered for the club. The 29-year-old appeared in just eight games and tallied a mere 18 plate appearances earlier this year before being optioned to the club’s alternate training site. Clearly the team wasn’t happy with what it saw there.

Heredia has appeared in 390 Major League games, mostly with the Mariners, and posted a combined .239/.317/.339 batting line. As a solid outfield defender with a bit of speed and a career .275/.338/.400 batting line against lefties, he can be a useful bench piece when he’s at his best, but he won’t get that opportunity with the Pirates, it seems. Pittsburgh will have a week to trade Heredia, release him or attempt to run him through outright waivers. He’d have enough service time to reject the outright assignment, but doing so would mean forfeiting the remainder of his guaranteed salary.