Miguel Cabrera’s RBI single through the hole on the left side in the first inning against the Minnesota Twins’ Kenta Maeda on Sunday afternoon did more than give the Detroit Tigers another baserunner.

The hit was his 2,000th as a Tiger — he had 842 hits as a Florida Marlin, leaving him 158 hits short of becoming the 33rd player to 3,000 hits — putting him in another, more exclusive club: Eight players have picked up 2,000 hits while playing for the Tigers, with the last one before Cabrera — Lou Whitaker — joining the club nearly 30 years ago.

In honor of Cabrera’s achievement, here’s a deeper look at the club:

Cabrera started his run with the Tigers, after he was acquired before the 2008 season in a “deal of a lifetime,” with seven straight seasons of at least 180 hits, peaking in 2012 — his Triple Crown and first AL MVP season — with 205. Injuries slowed his pace, however, as he entered the 2020 season with 179 hits over the past two seasons combined.

Still, only Cobb, Gehringer, Heilmann and Crawford reached 2,000 hits wearing the Old English “D” faster than Cabrera. Likewise, the makeup of Cabrera’s 2,000 hits is far different than the rest of the club, with doubles (19.8%) and home runs (17.2%) making up well over a third of his hits as a Tiger. He also has just seven triples as a Tiger, 48 fewer than the next-best member of the club … 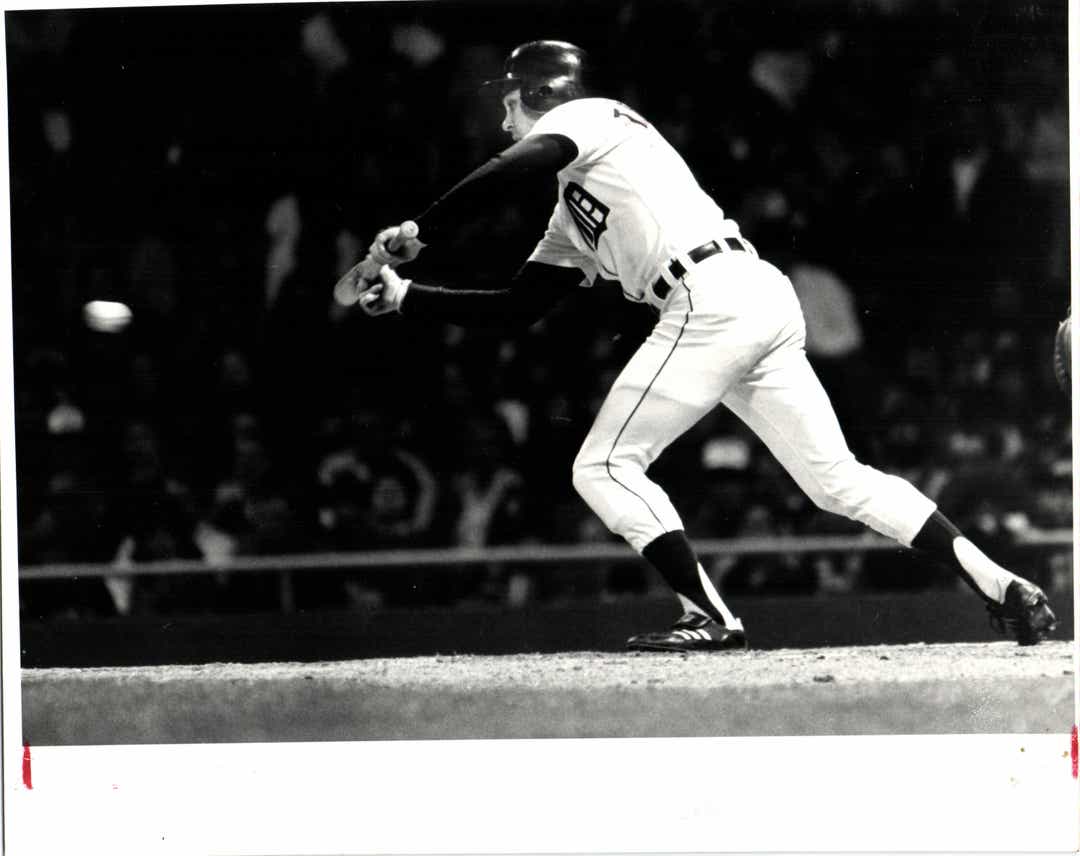 Trammell’s 2,000th hit went into the record books as a bases-loaded double that drove in three runs, but it wasn’t impressive in the action of the game, dropping in front of challenged Blue Jays outfielder Tim Raines. Trammell was not impressed: “It was a bloop, just like my 1,000th was. I hit it on the end of the bat, and Tim was playing me deep.”

The scoreboard flashed “2,000” as the crowd showered Trammell with an ovation. He returned the love with a simple wave.

“I’m not a rah-rah guy, so I don’t show much emotion in situations like that. But I want everyone to know that in my heart, I felt very, very good.”

The shortstop collected 365 more hits before retiring in 1996. A whopping 72.4% of his hits were singles, second in the Tigers’ 2,000-hit club, behind (who else?) Cobb. Doubles were Trammell’s most prevalent extra-base hit, with 17.4%, right behind his longtime double-play partner … 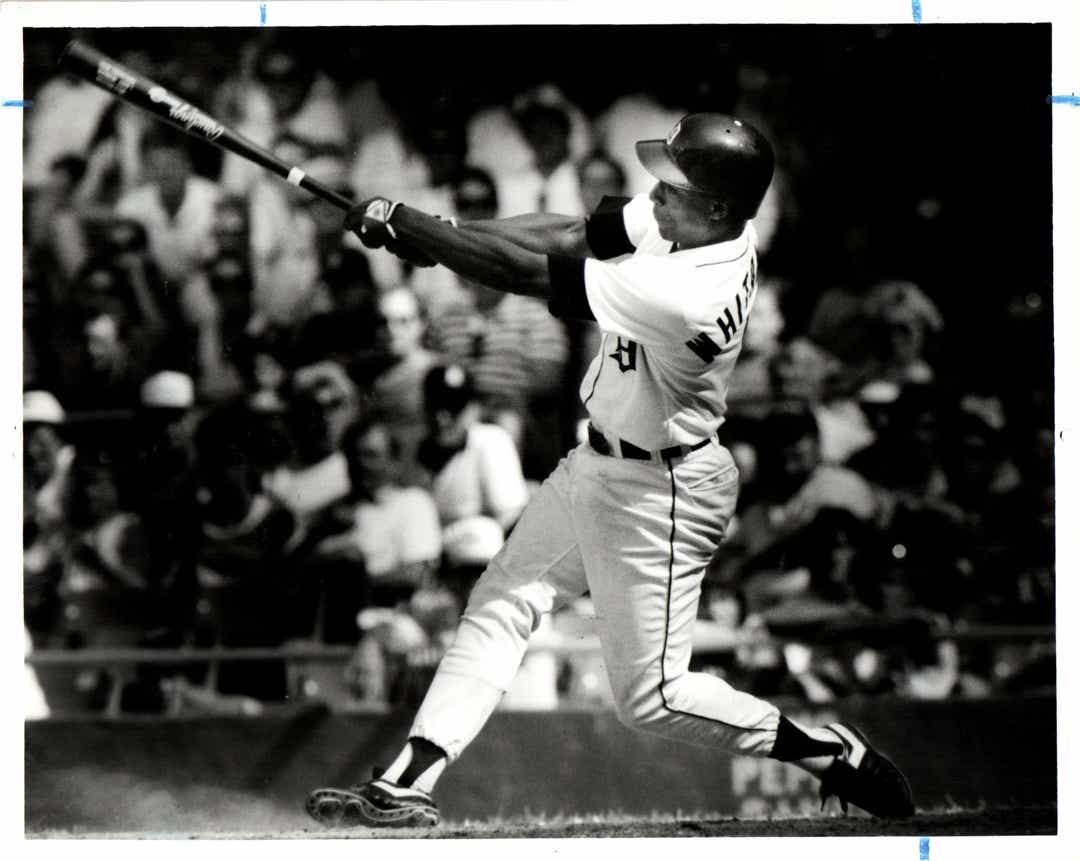 It came in Yankee Stadium in New York, but No. 2,000 for “Sweet Lou” had an extra touch of Detroit. In the fourth inning, Whitaker sent a pitch from Scott Kamieniecki — a Mount Clemens native who was 13 when Whitaker picked up his first hit — scorching along the first base line for a double.

And just as Whitaker was often overshadowed by Trammell, hit No. 2,000 was overshadowed by No. 2,001, a home run in the sixth inning to finish off the Tigers’ scoring in their 6-2 win. The homer was Whitaker’s 198th; he’d finish with 244 before retiring in 1995, just over 10% of his hit total and nearly 3½ times the homers of outfielder … 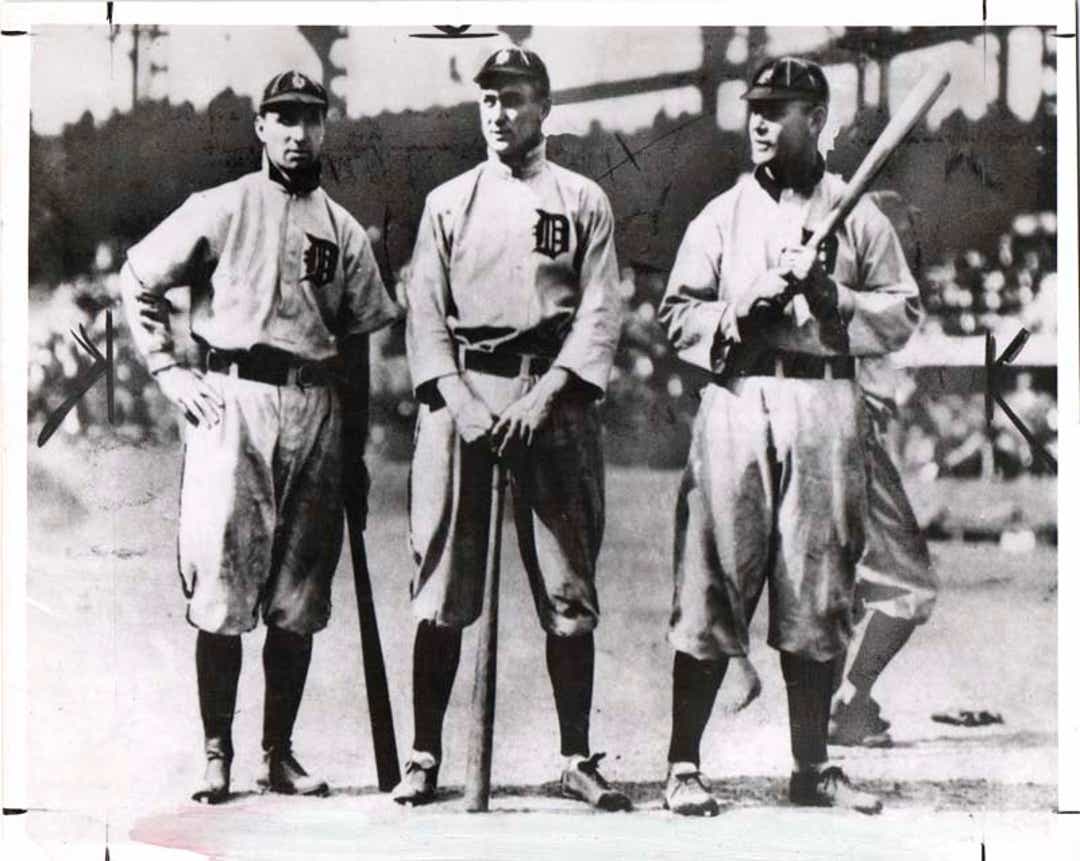 Crawford’s career was winding down when he reached 2,000 hits with the Tigers; he began his career with the Cincinnati Reds in 1899 and picked up 495 hits for them from 1899-1902. His final year in Cincy was also the first year he led the majors in triples, something he’d do four more times as a Tiger. (He also led the AL with 19 triples as a 35-year-old in 1915, finishing six three-baggers behind the Cardinals’ Tom Long for the MLB lead.)

A full 249 of Crawford’s hits were triples — 10.1% — so of course, hit No. 2,000 was a … double. Because nature abhors a narrative vacuum, hit No. 1,999 was a triple, a “liner to left center that evaded (center fielder Jack) Lelivelt and rolled to the exit sign down near the flagpole” at Navin Field in Detroit. Crawford’s two-bagger two innings later scored Cobb in a 7-4 win over Cleveland, then called the “Naps,” after Nap Lajoie.

No member of the Tigers’ 2,000-hit club had a lower percentage of doubles; 16.3% of Crawford’s hits put him on second, unlike his teammate for a few seasons … 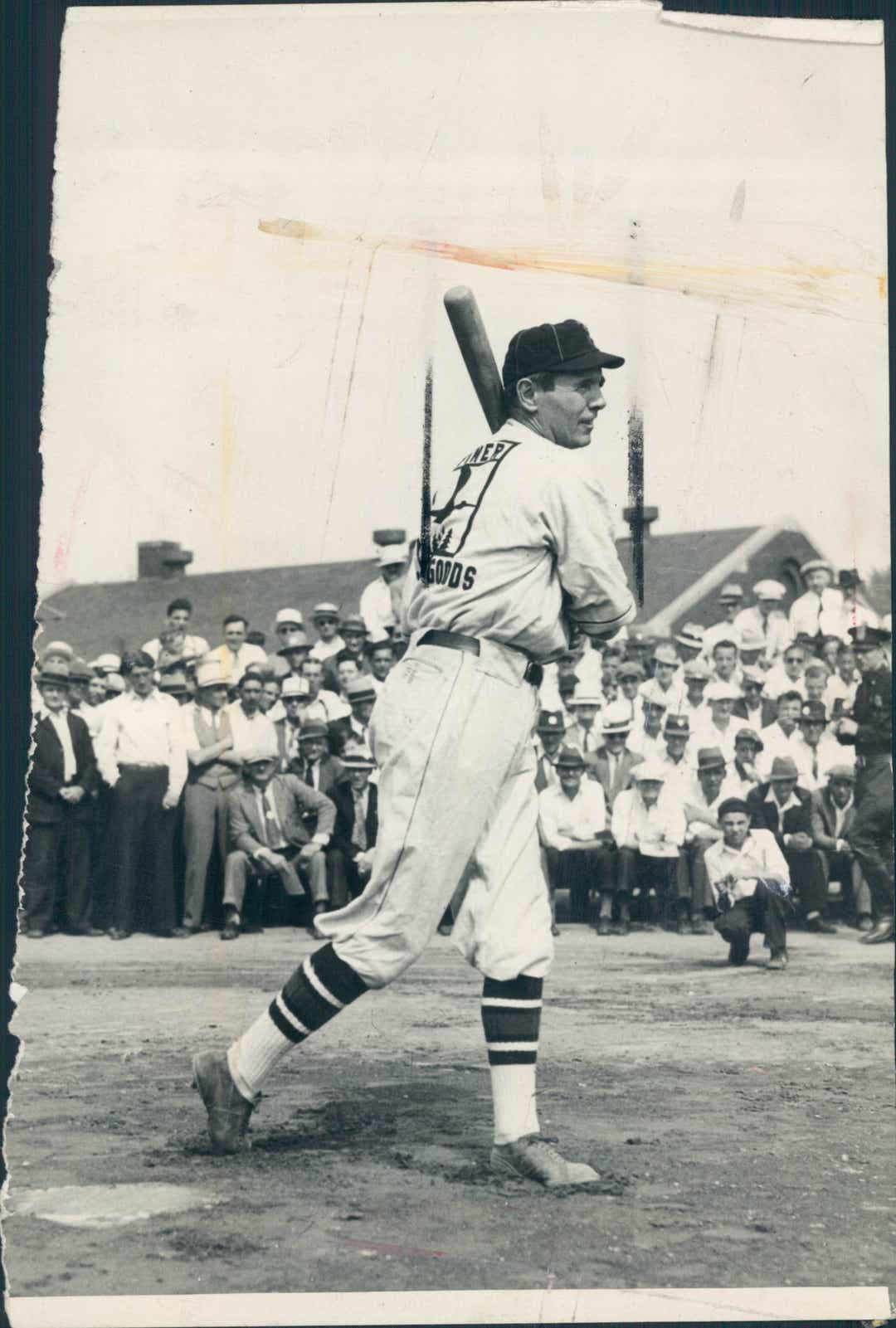 Heilmann was a doubles machine, with at least 40 two-baggers in eight of his final 10 seasons with the Tigers, including 50 in 1927. Overall, the left fielder got 19.9% of his hits off doubles, second among the Tigers’ 2,000-hit club members. And sure enough, his 2,000th was a double, off the descriptively named Sloppy Thurman, in a 6-1 win over the Senators in Washington. And, of course, that hit drove in the next member of the club … 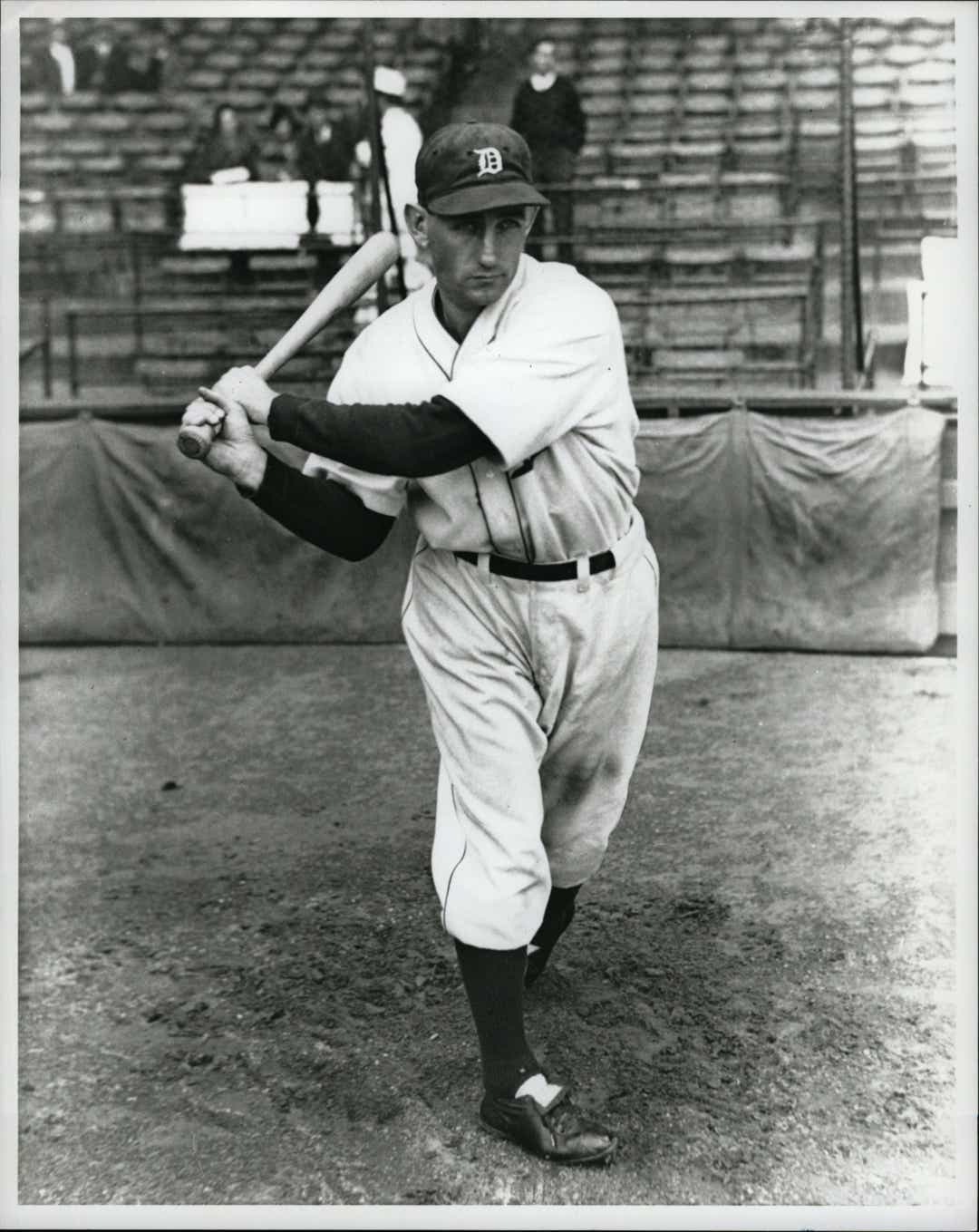 Gehringer did not come by his nickname, “The Mechanical Man,” cheaply; over the nine seasons from 1929-37, he played in at least 150 games and had at least 200 hits and 40 doubles seven times. No wonder he was the second-fastest Tiger to 2,000 hits, picking up the milestone with a double in the second game of a doubleheader against the Chicago White Sox. The two-bagger, his first hit of two in the game (and third of four on the day) was one of 60 for Gehringer in 1936, when he led the league with the sixth-most doubles in MLB history. No one has topped 60 since.

He finished with 574 doubles, second in franchise history and a full 20.2% of his hits. His homer total made up for it, though; at 184, only 6.5% of his hits were home runs, a percentage just under half of the next member of the club … 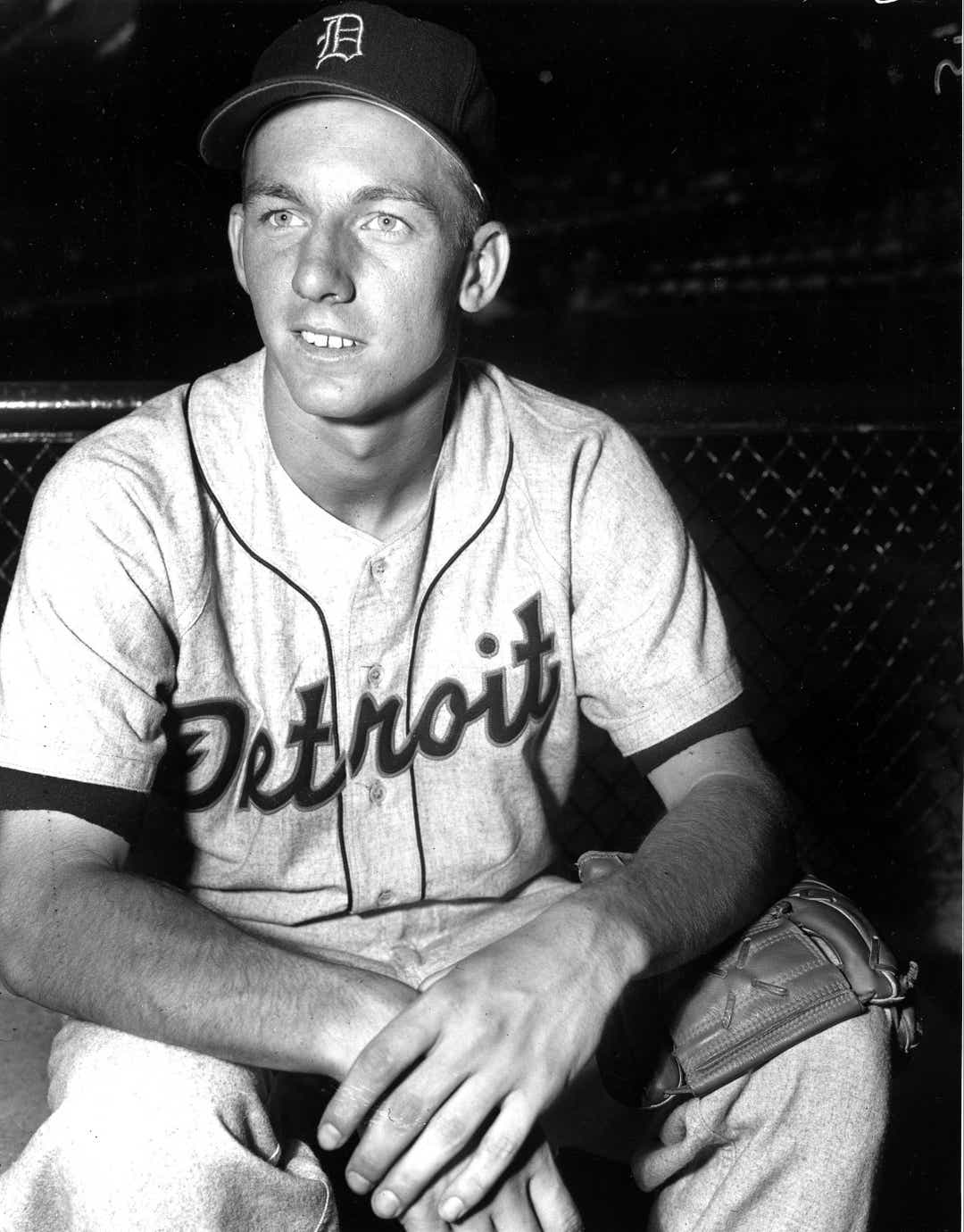 Kaline got his 2,000th hit out of the way early against the Red Sox in Boston, looping a ball over the shortstop’s head in the first inning. He added a double in the eighth inning and a home run in an 11-7 Tigers win.

It was a fitting three-for-all for “Mr. Tiger,” as Kaline would finish his career on the Tigers leaderboard ranked third in doubles (498), second in singles (2,035) and first in homers (399), though in those first two categories, he was well off the pace behind the franchise’s hit leader … 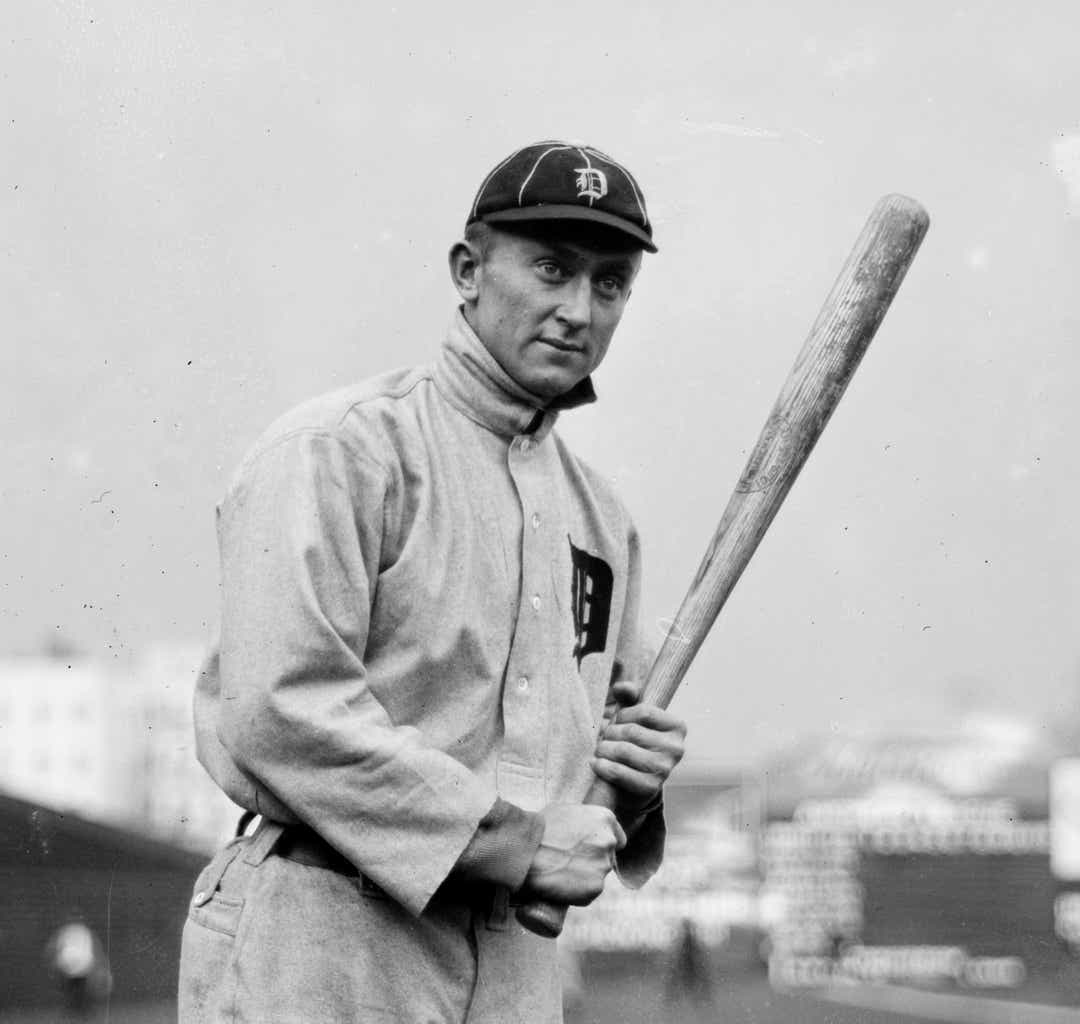 Cobb was still four months short of 30 years old when he picked up No. 2,000, a single off the Yankees’ George Mogridge in the third inning of the second game of a doubleheader in New York. He’d already gotten two hits — both singles — in the first game and added another single in the ninth inning.

You may have guessed that singles were Cobb’s specialty; with the majority of his career coming in the deadball era, he finished with 2,840 of them, 72.8% of his hit total as a Tiger. Oh, he was no stranger to taking an extra base — his 665 doubles and 284 triples are tops in franchise history. Then again, for Cobb, a single was almost a double, anyway; he swiped 869 bases as a Tiger. (Yes, that’s No. 1 in franchise history, too.)