The Detroit Tigers were about to lose for the eighth time in their last 10 games and fall to three games behind in the American League playoff race.

And then Jeimer Candelario delivered.

Leading 3-2 in the top of the seventh inning, the St. Louis Cardinals intentionally walked Miguel Cabrera to load the bases with no outs. Jeimer Candelario — hitting .455 in his last 10 games — stroked a two-run single to give the Tigers a 4-3 lead. Two batters later, it was a three-run advantage on Jorge Bonifacio’s two-run homer. 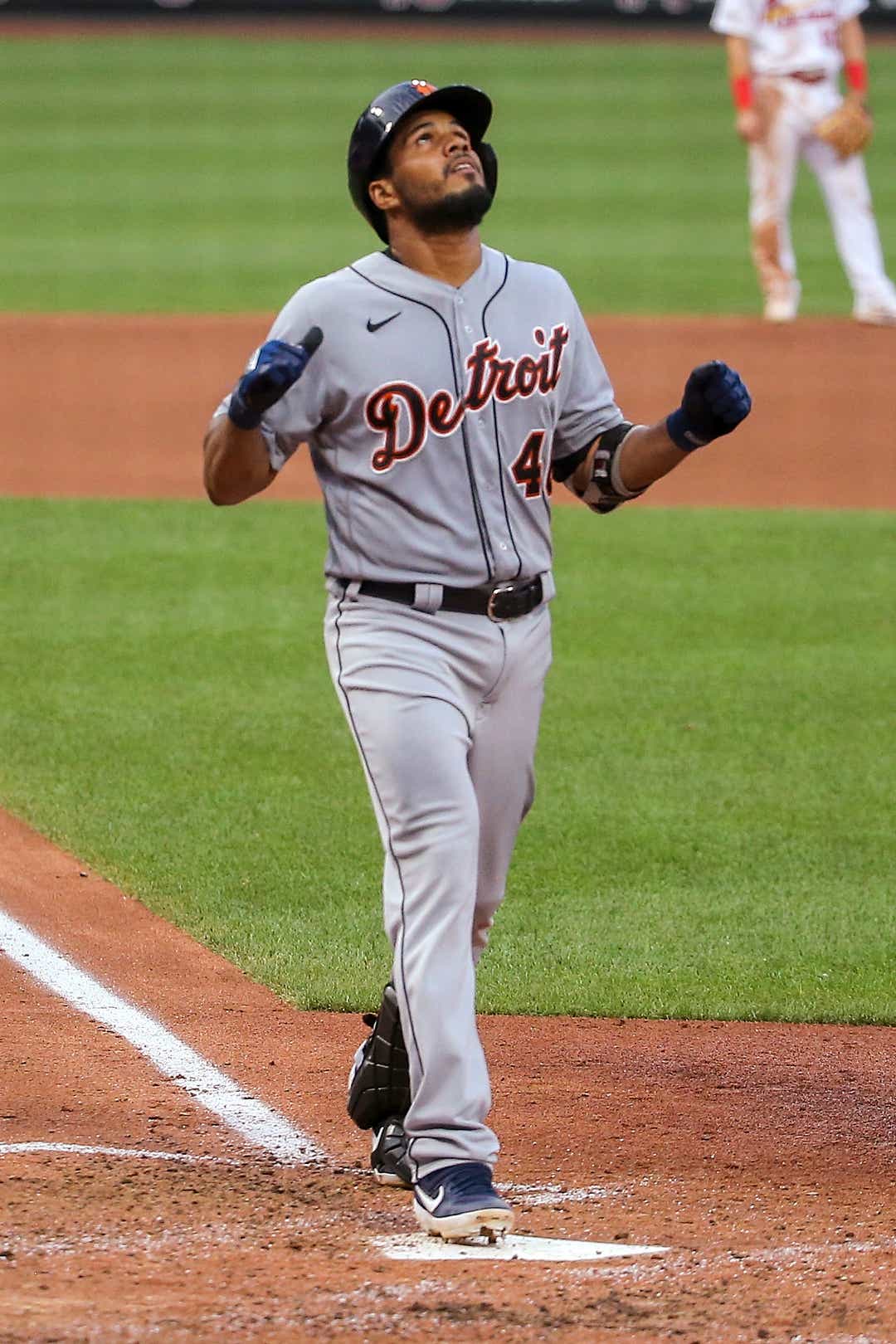 [ Candelario went from a concern to carrying team in playoff push ]

The Tigers (20-23) improved on the mound in Game 2 of Thursday’s doubleheader, and Candelario’s three-RBI performance boosted them to a 6-3 win over the Cardinals at Busch Stadium. Right-hander Bryan Garcia solidified the victory by getting St. Louis in order in the bottom of the seventh.

Candelario scored the Tigers’ first run on a solo home run, his seventh homer of the season, in the sixth inning. He was 2-for-3 with a two-run blast in Game 1 of the doubleheader, a 12-2 loss.

As of Thursday night, the Tigers are two games back of New York Yankees (22-21) for the AL’s eighth and final spot in the expanded 16-team postseason.

[ Tigers suffer the largest shutout loss in team history; so who are these guys? ]

Jordan Zimmermann appeared in his first game since Sept. 26, 2019, and guided the Tigers through three innings of one-run ball. The only run against him was unearned because of a Sergio Alcantara error in the second inning. Zimmermann gave up four hits and one walk with two strikeouts.

He was called up Wednesday with reliever Nick Ramirez and reinstated from the 45-day injured list, where he has been since summer camp with a right forearm strain.

And in his first game back, he threw 42 pitches: 40% sliders, 38% four-steam fastballs, 10% two-seam fastballs, 7% curveballs and 5% change-ups. He got 17 swings for five whiffs, three fouls and nine balls in play. He produced seven called strikes.

The fastball offering from Zimmermann was hit 103.1 mph off Paul Goldschmidt’s bat, and it carried 356 feet toward the right-field wall.

But rookie outfielder Daz Cameron was there.

He made a fearless catch to rob Goldschmidt of extra bases and record the second out in a Zimmermann’s scoreless third inning. He crashed into the wall and held on. The line drive had a .730 expected batting average.

Cameron remains hitless through three career games. He is 0-for-7 with three strikeouts and one walk. He logged a .214 batting average in 120 games for Triple-A Toledo last season.

The Tigers had the bases juiced with no outs in the top of the fourth, thanks to a walk from Candelario and back-to-back singles from Willi Castro and Bonifacio. It was a perfect opportunity to get an early lead to boost Zimmermann’s solid performance. 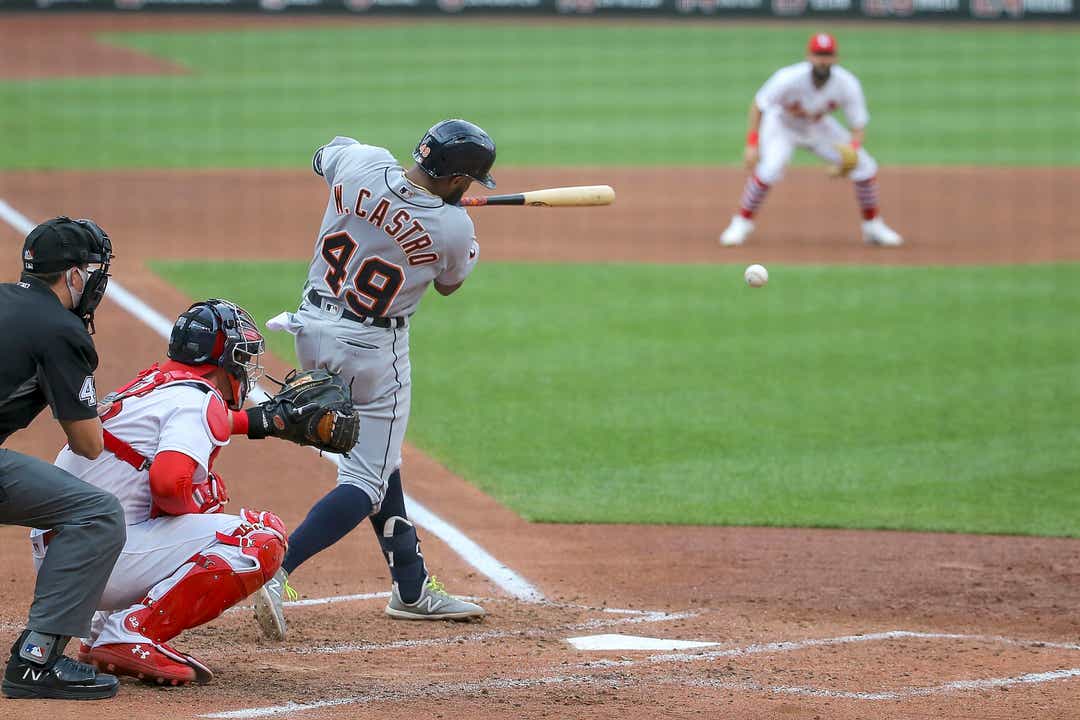 But reliever Alex Reyes replaced starter Austin Gomber and wiggled out of the jam. He got Cameron to pop out to second base, Grayson Greiner to strike out swinging and Alcantara to line out to third base.

Victor Reyes, by the way, finished with three of the Tigers’ 11 hits.

In Game 1, rookie left-hander Tarik Skubal gave up six runs on three hits and four walks with two strikeouts. He entered for the third inning but was unable to record an out through four batters — forcing manager Ron Gardenhire to replace him.

Of his 67 pitches, 49 were fastballs. He only tossed nine change-ups, none of which produced swinging strikes.

He had a 2.70 ERA in his last 13⅓ innings across three starts before Thursday’s outing. He had 13 strikeouts to three walks in those appearances. His ERA is now 7.27.

“Just didn’t command anything really well today,” Skubal said. “Didn’t get into a good rhythm. That’s something I need to do a better of going forward, establishing that.”