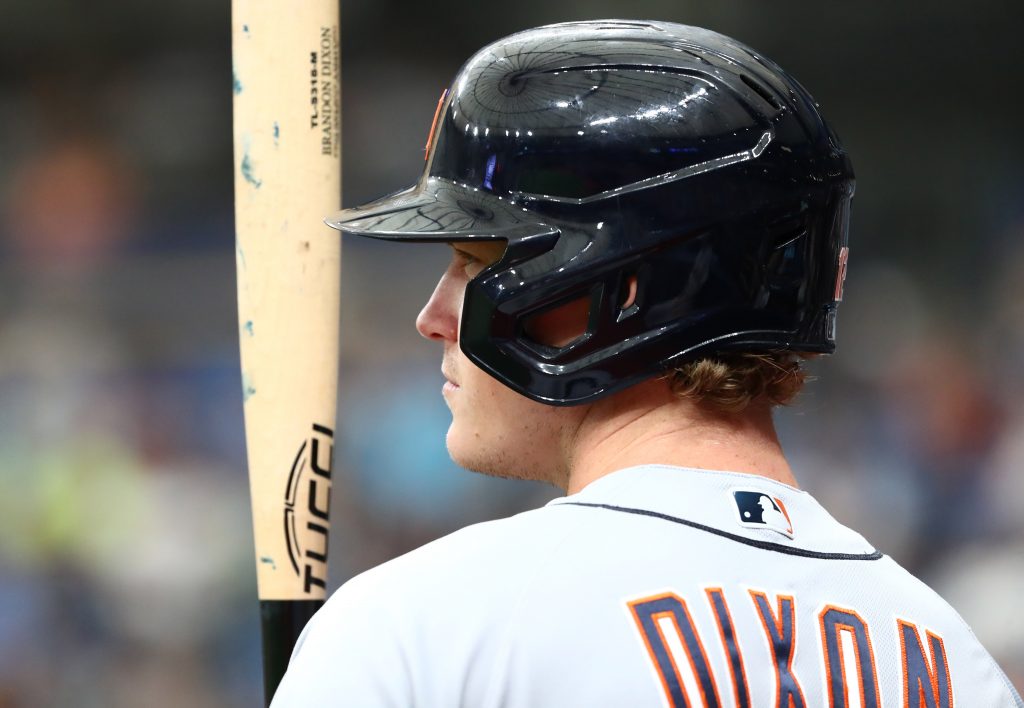 The Tigers announced this morning that they’ve released infielder/outfielder Brandon Dixon in order to allow him to pursue an opportunity in Japan. The move drops Detroit’s 40-man roster to a total of 36 players in advance of tomorrow’s deadline to protect players from the Rule 5 Draft.

It’s not yet clear which Nippon Professional Baseball will be signing the 28-year-old Dixon. The former third-round pick (Dodgers, 2013) was traded from Los Angeles to Cincinnati alongside Scott Schebler and Jose Peraza in the three-team swap that sent Todd Frazier to the White Sox. (The Dodgers picked up Frankie Montas, Trayce Thompson and Micah Johnson from Chicago in that deal.)

Dixon made it to the big leagues with the Reds in 2018 but struggled through 124 plate appearances before being jettisoned from the 40-man roster that November. The Tigers claimed him and gave him a fairly substantial role with their 2019 club, as Dixon logged a career-high 420 plate appearances while hitting .248/.290/.435 with 15 homers, 20 doubles and four triples. His poor on-base percentage and the arrival of some younger talent for the Tigers in 2020 limited Dixon’s chances; he appeared in just five games with Detroit this past season and went 1-for-13 with a walk and a double.

Overall, Dixon is a .228/.271/.410 hitter in 558 Major League plate appearances, but he’s fared much better in Triple-A: .280/.333/.472 in 184 games. He’s worked primarily as a first baseman and corner outfielder in recent seasons with the Tigers, but Dixon has at least some professional experience at every position on the diamond except shortstop and catcher.