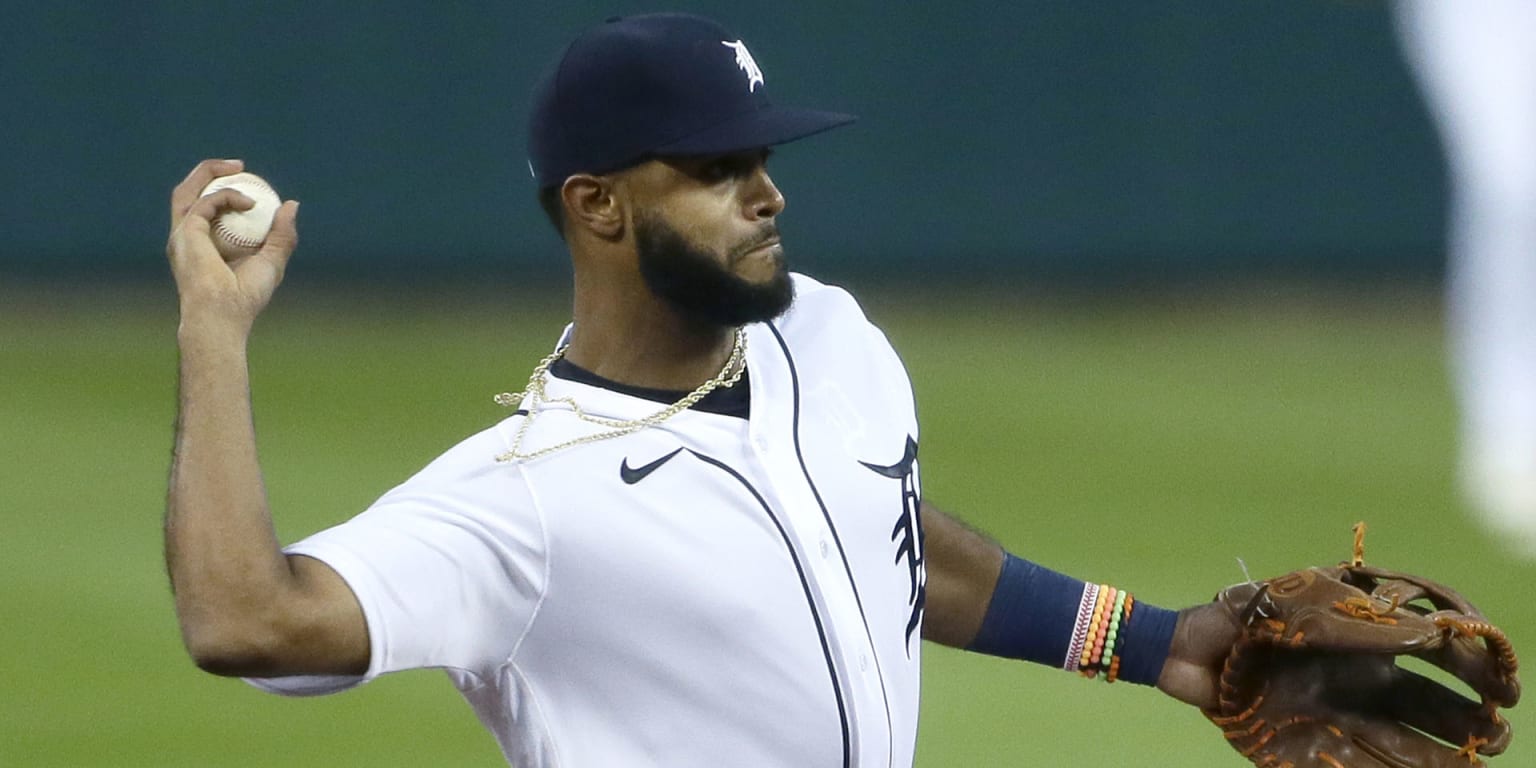 Willi Castro called it “really, really cool” to finish fourth in American League Rookie of the Year Award voting last month, considering the Tigers shortstop began the season with Triple-A Toledo. Now comes the challenge of following it up and becoming a full-season regular at short.
The slick-swinging switch-hitter is

Willi Castro called it “really, really cool” to finish fourth in American League Rookie of the Year Award voting last month, considering the Tigers shortstop began the season with Triple-A Toledo. Now comes the challenge of following it up and becoming a full-season regular at short.

The slick-swinging switch-hitter is ready for the challenge.

“You never know what’s going to happen,” Castro said on a Wednesday video call with the media. “I’m just focused right now on working hard every day, getting better on the little things. I’ve got to get better every day and then hopefully, be an everyday player when I come back and just focus on that.”

Castro was talking from Lakeland, Fla., where he had a visit with the Tigers’ medical and training staffs to check up on his right shoulder. Soreness in that shoulder ended his 2020 season a few games early. He had a torrid stretch at the plate over his final 11 games, batting .372 (16-for-43) with three home runs and 11 RBIs.

The bigger impact from Castro’s right shoulder was on defense, notably his throws to first base. This week’s checkup is expected to clear him to begin throwing in his offseason workouts.

If not for his ailment, Castro might be back in his native Dominican Republic playing winter ball. He played the previous three offseasons for Leones del Escogido, but the Tigers didn’t want him doing that coming off an injury, despite Detroit’s desire to get young players extra playing time to help make up for a shortened 2020 season.

So that’s largely what the 23-year-old Castro has done. He has not yet reprised his workouts with his brother-in-law, Mets infielder Amed Rosario, with whom he worked out in Florida following the Spring Training shutdown in March. When Castro gets back to work, he plans to put an emphasis on his defense.

“I think I’ve still got to learn a little more on my throwing side,” Castro said. “I struggled a little bit on that, but I know I did a better job this year working with [infield coach Ramon] Santiago. It’s also stuff that you can change. I know how to fix that.”

The defensive metrics bear it out. Castro rated at minus-3 outs above average at shortstop this past season, according to Statcast. On plays toward the hole between shortstop and third base, he rated at minus-4 with a 76 percent success rate, compared to an 89 percent estimated success rate for an average shortstop. By contrast, he was at or above average playing straight up as well as toward the middle.

Some of that, Castro said, was a tentativeness on his throws for fear of making a bad throw to first.

Castro will have a chance to continue his work on that with Santiago, one of two holdovers on the Tigers’ coaching staff from former manager Ron Gardenhire to newly hired A.J. Hinch. Santiago’s work with Castro in Spring Training and Summer Camp, notably with a flatter “pancake glove” to get him to get in front of grounders and put himself in position to throw, made a big impression on Tigers officials.

Castro said he hasn’t yet heard from Hinch, but he has talked with new third-base coach Chip Hale, who will be in charge of the Tigers’ defensive positioning. They made their introductions, but they did not talk about Castro’s role for 2021, either as a shortstop or an everyday player.

Thus, Castro is heading into his workouts as if he has a job to win.