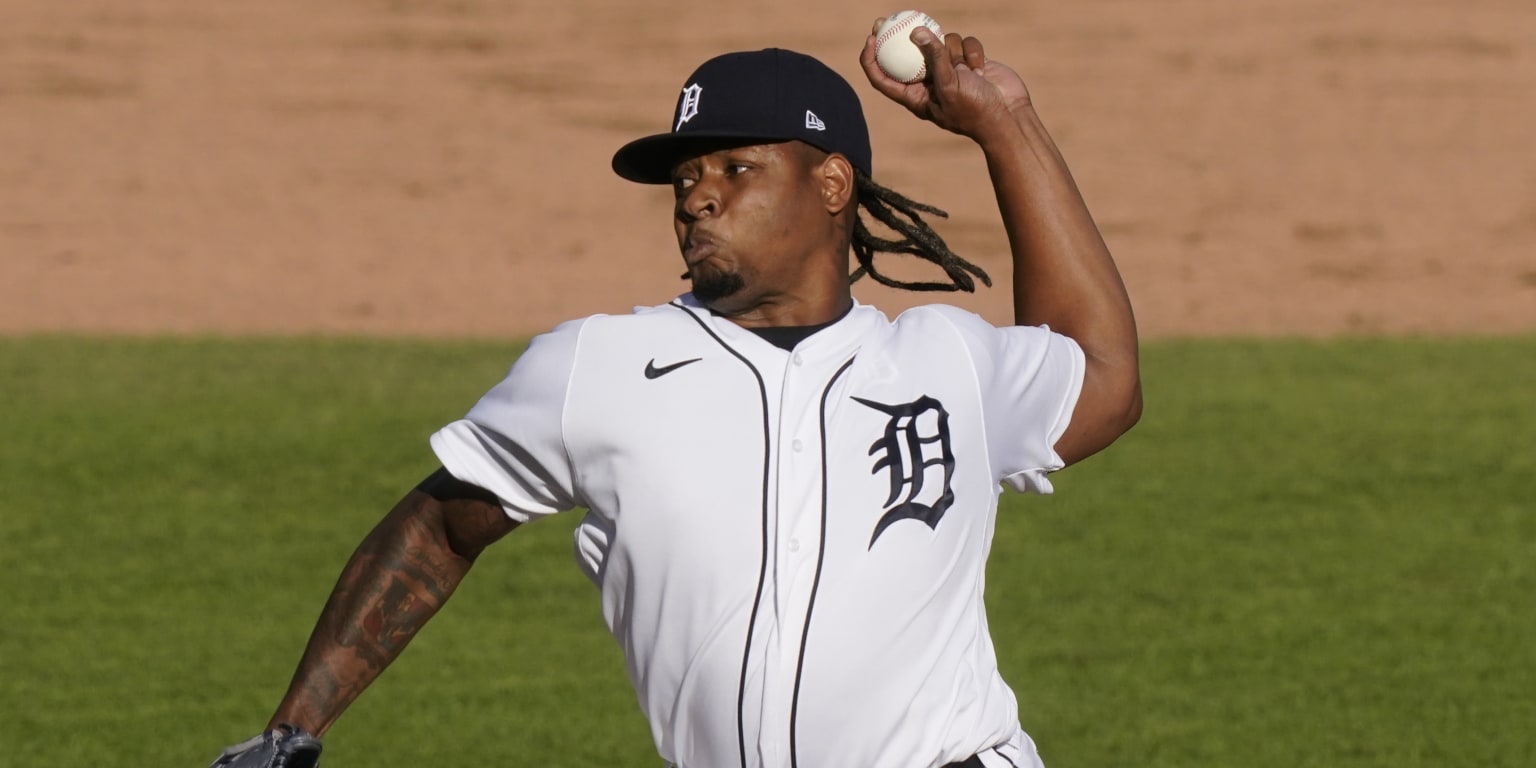 The Tigers will report to Spring Training next month looking to pick up the progress on their rebuild and move closer to contending for a championship. Gregory Soto will arrive having just won one.
The Tigers lefty reliever was so excited for a chance at a title in the Dominican

The Tigers will report to Spring Training next month looking to pick up the progress on their rebuild and move closer to contending for a championship. will arrive having just won one.

The Tigers lefty reliever was so excited for a chance at a title in the Dominican Winter League that he told his manager, Águilas Cibaeñas skipper Félix Fermín, that he was available for whatever work was needed in a winner-take-all Game 7 against Gigantes del Cibao.

“Back in the Dominican Republic, I used to throw just one inning,” Soto said through interpreter Carlos Guillen. “But in the finals, especially in the last game of the finals, the bullpen was gassed, and I was in good condition to throw. So I wanted to give myself that ring, and I talked to the manager and told him, ‘Hey, if you need me to [throw] more than one inning, I’ll be there for you.’”

After Águilas took the lead with a five-run rally in the top of the seventh, Soto tossed a scoreless inning, overcoming a leadoff walk with an inning-ending double play. He stayed on for the eighth, giving up a Kelvin Gutierrez home run but holding Gigantes from there.

Soto finished his winter with four runs on 10 hits over 12 innings between the regular season and playoffs, walking six and striking out 10. He will not join Águilas for the upcoming Caribbean Series, which matches up championship teams from the winter leagues in the Dominican, Mexico, Puerto Rico, Venezuela, Panama and Colombia. Instead, Soto will focus on getting ready for Spring Training.

Soto said he has traded introductory messages with new Tigers pitching coach Chris Fetter and assistant Juan Nieves, but said he hasn’t been told what his role might be. That isn’t a surprise, since Hinch downplayed the importance of set roles and versatility going into the season. But after transitioning to a full-time relief role last year with strong results and continuing that into the winter, Soto admits the opportunity to close games has crossed his mind, especially with no closer seemingly set after replaced in the role last September.

“That’s something that’s on my mind; I cannot hide it,” Soto said. “But what I’ve got to do is just be ready to compete. … If they mention anything about being the closer, I’m ready, even readier than last year, but they’re going to make the decision. They’re the ones calling the shots, so if they think and trust that I can do the job, I will take it and I will give 100 percent of myself.”

For the first few weeks of last season, Soto looked ready, cruising through opposing lineups for 10 1/3 scoreless innings on just four hits with two walks and 14 strikeouts. After six runs over back-to-back nights against the White Sox in mid-August, Soto settled down again, but his command waned in September with eight walks over 5 2/3 innings in nine appearances.

Command has to be more consistent if the soon-to-be 26-year-old Soto is going to earn trust. Part of that consistency is about confidence.

“Basically, trusting and having confidence in myself is something that I learned about myself,” Soto said.